By Truthmeter_news (self media writer) | 3 months ago

While the country is being served a daily diet of politics, politicians at the grassroot level are also keeping themselves ready for the fourth coming 2022 general elections. Currently Tranzoia county succession politics for the governor seems so intense.

At the moment the race has been narrowed down to two rivaling contesters. Rift valley commissioner George Natembeya and Kiminini member of parliament Hon Chris Wamalwa. The two seems to be the most strong candidates. It should be noted that all this time Kiminini member of parliament has been enjoying the favourable political ground until somewhere in the middle of 2021 when George Natembeya declared his interest in the seat also.

Natembeya's candidacy seemes to have received a major boast, with many of the leaders in government endorsing him. The major boast he has so far received is from the Cs for Defence Hon Eugene Wamalwa. On many occassions while in Tranzoia Hon Eugene has publicly declared his support for RC Natembeya. This seems to be hurting Hon Chris Wamalwa who in several events has been calling Natembeya to resign from his government work and come for a political battle field in Tranzoia. Chris has on several occasions accused Natembeya of using government projects to campaign for himself.

During Orie Rogo Manduli's burrial the leaders came face to face to each other. Its at this point that it emerged a futile exchange of words. Each of the two accusing the other. When it came to the moment when Hon Eugene better known as 'Kwesule' grabbed the microphone, his words pointed directly to Hon Chris Wamalwa. On his sentiments, it was clear that Eugene was drumming support for Natembeya. Just like 'Kwesule' Eugene roared and all the crowd seems to give hime the respect. He thrashed down everything Chris Wamalwa had raised and asked him to embrace the competition. On his concluding sentiments, Eugene asked residents to register as voters so that they can walk with Natembeya ( 'Tutatembea na Natembeya'). 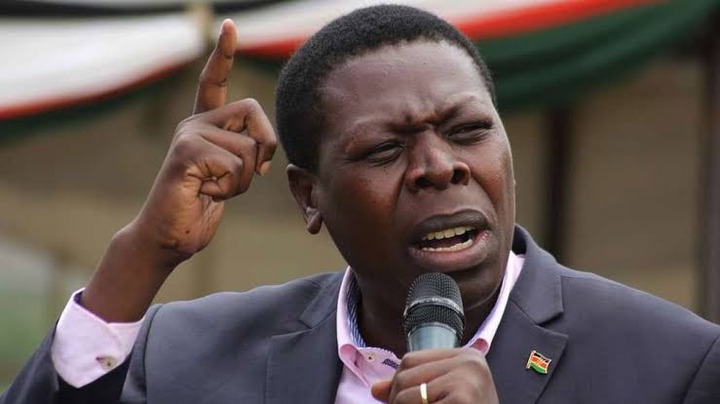