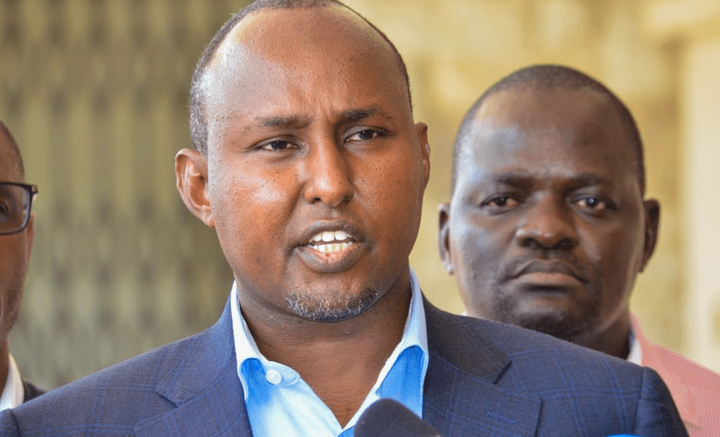 The Daily Nation newspaper has found itself in the spotlight again after withdrawing a story it had published about Suna East MP Junet Mohamed.

This was after the paper on Monday, July 4, published a story linking the ODM MP to the misuse of relief foods meant for his constituents. In the story, Junet was accused of using the government's relief foods to woo voters in Suna East. 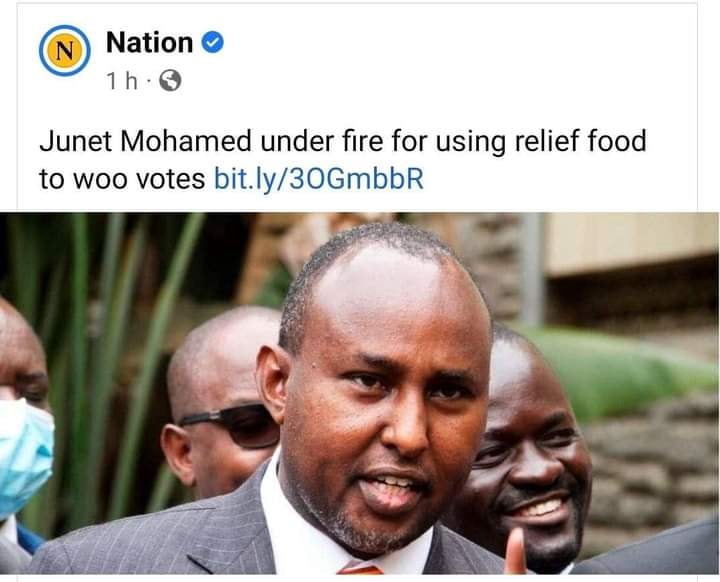 However, after a number of hours, the story was withdrawn and pulled down from the newspaper's site. A quick search of the story leads the user to the website but a caption "Story Withdrawn for editorial review" greets the audience.

It was suspected that the story was pulled down after it ruffled feathers with Junet Mohamed. 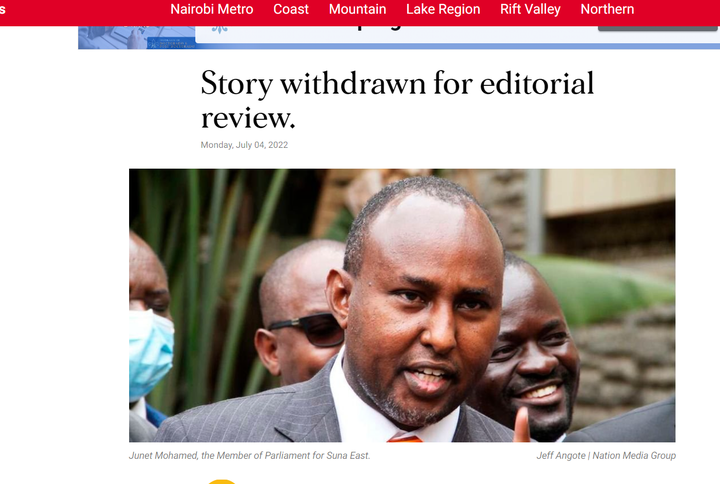 The decision by Daily Nation to withdraw the story seems to have elicited mixed reactions from a number of Kenyans who have speculated on how the Mighty in the society (Deep State) influenced the decision. 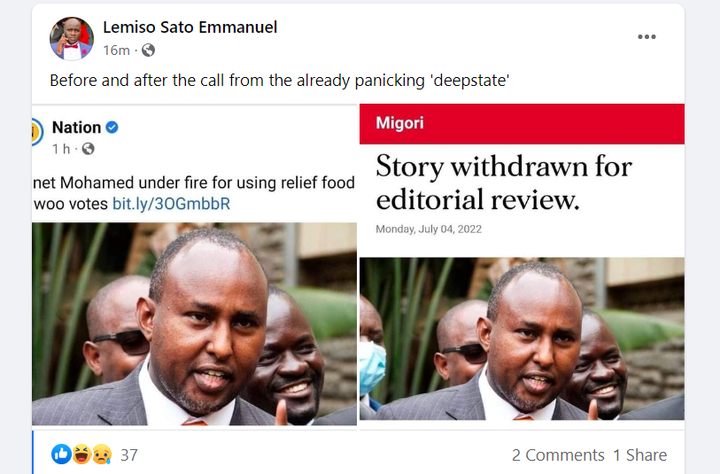 This is not the first time Junet is being accused of allegedly misusing the relief foods meant for Suna East people. Recently, Migori Governor Okoth Obado told off Junet for attacking Kenya Kwanza leaders and calling Ruto a thief.

According to Okoth Junet has allegedly been involved in diverting relief foods meant for the people. In May, Junet was accused of using his brother-in-law to divert relief food meant to assist hunger-stricken Kenyans.

Hustler Nation Spokesperson Dennis Itumbi claimed Junet’s brother-in-law was caught on camera offloading the relief food from a truck. This was after a video of a lorry parked outside private premises unloading some bags of grains labeled GOK went viral.

However, Junet laughed off the allegations saying he had not taken part in diverting any relief food meant for his people. 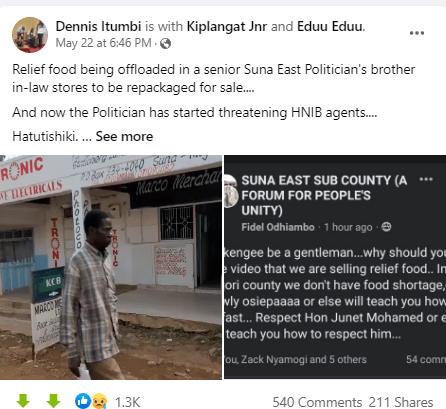 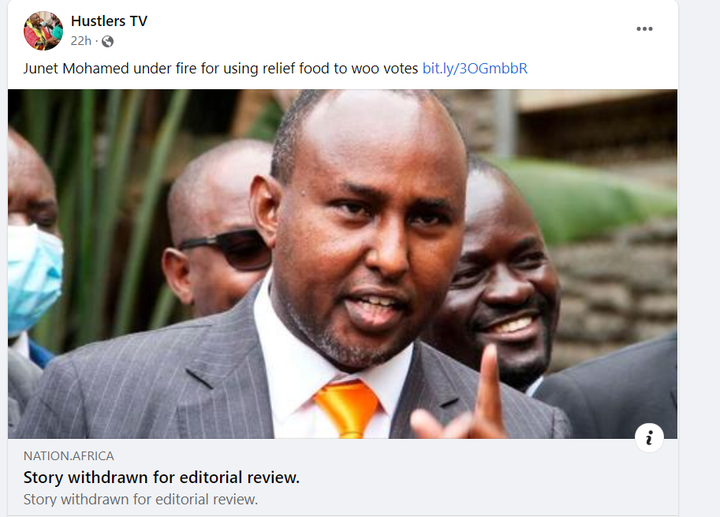 NCIC Asks All Those Who lost in Election to Accept Defeat.

Photos of DP Ruto at Karen Ahead of Chebukati's Big Announcement

Latest From Bomas After Conclusion of Votes Verification Exercise

Nyeri Lady,25, Devorced Husband For Hiding Under The Bed After Armed Thugs Break-In House At Night