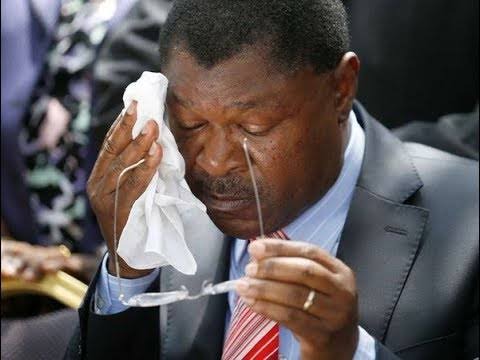 A file photo of Moses Wetangula wiping his face.

Bungoma county senator Moses Wetangula is a man who has been going through tough political times which have put him under a lot of political pressure with the latest happenings within his Ford Kenya party.

Months after his party was hijacked by some of the Members of Parliament elected under Ford Kenya among them Funyula Constituency Member of Parliament Honourable Wafula Wamunyinyi, another MP has declared support for Wetang'ula opponent.

Kabuchai Constituency Member of Parliament who has been a close ally of the Bungoma Senator has declared his support to the second in command deputy president William Ruto. 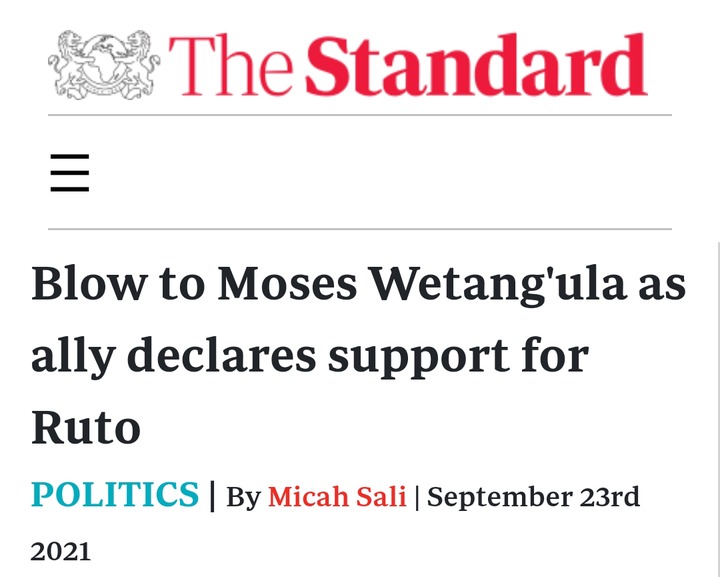 He has said that he will be support William Ruto for the presidency despite the fact that the Deputy President is an opponent of the Bungoma Senator and his coalition of the One Kenya Alliance.

According to the Member of Parliament, the deputy president has been supporting him and hence declared that it was his time to support him back by mobilising votes for him in this coming general elections.

"You supported me a lot and I must reciprocate that gesture," Kalasinga told the DP while addressing residents at Chwele trading centre.

The MP's about-turn has sparked speculation on whether he has the blessings of his party boss who has on numerous occasions denied links to Ruto.

Forget OKA Principals, These Are The Strong Co-principals Raila Should Seek