After Ruto, Uhuru's Power Brokers Identify Next Powerful Man to be Crushed Before 2022 Mt Kenya power brokers are reported to have identified their next victim in their ongoing attempts to crush persons considered threats ahead of next year's presidential race.

For a few years, the cabal has been seen to try doing the same to Deputy President William Ruto, who, however, has remained defiant, admitting that there is a plot to stop his bid.

It is reported that National Assembly Speaker Justin Muturi has been identified as the other enemy, whose bid could spoil the plan to deliver the region to ODM boss Raila Odinga.

As a result, the team, led by President Uhuru Kenyatta, has embarked on a campaign to tame and cut him to size, which began during a meeting at State House last weekend.

The Star was told that the president asked leaders from Muturi's Mt Kenya East backyard to withdraw their support for his bid in an apparent attempt to isolate and weaken him. 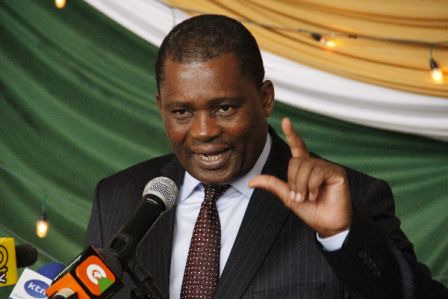 The meeting was attended by Mt Kenya East govenors and leaders and members of the powerful Njuri Ncheke council of elders who, according to sources, told him off on the plan.

The elders are said to have told Uhuru that he needs to come up with another plan, which includes backing Muturi for the top seat.

"He will also be our presidential candidate. It is not possible to try to introduce another candidate like Raila," a member of the council who attended the meeting told the Star.

The paper was on Tuesday told that the elders maintained that it is the time for Mt Kenya East to lead the country after years of rallying behind Uhuru's Central Kenya side.

This, they reportedly told him, is why they recently crowned Muturi their spokesman, as a way of giving him all the blessings he needs to face the other aspirants at the ballot. 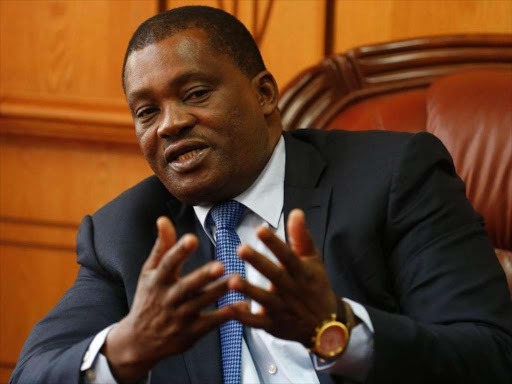 The paper reports that Uhuru's team has also established that Muturi could be working for Ruto, and is angling to be his running mate, even as he maintains that he is his own man.

DP Ruto Sends a Stern Warning To Uhu-Raila Ahead Of 2022, Reveals What He Will Award Them If Elected