The controversial Coalition Political Party Bill is headed for passage in the Senate after President Uhuru Kenyatta and ODM boss Raila Odinga allies voted to push it to the committee of the Whole House.

The senators voted 29 against seven to send the Political Parties (Amendment) Bill, 2021 to the next stage. 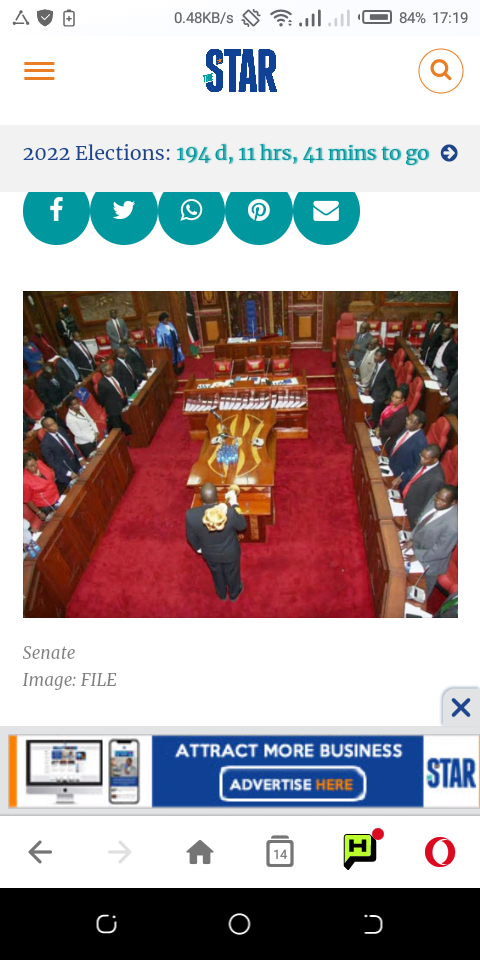 The Committee of the Whole is the stage where proposed amendments are moved for consideration.

Allies of the handshake partners overwhelmed those of the DP who had put up a spirited fight to reject the bill.

Six senators have proposed amendments to the Bill.

They say some clauses in the Bill are unconstitutional and usurp the powers of the Independent Electoral and Boundaries Commission.

"This Bill is terrible, hopeless and useless," Murkomen as he warned his colleagues against passing the Bill.

“On the part where Registrar of Political Parties is being given more powers, I disagree entirely. Registrar has no business managing elections, these areas should be removed and deleted,” Murkomen added.