Kalonzo Musyoka Says He Could Have Named Musalia Mudavadi His Running Mate in OKA.

By ongusojohn254news (self media writer) | 3 months ago

According to the deal, Kalonzo would have been the presidential candidate for a one-year term before passing over to Mudavadi. The Wiper leader ruled out cooperating with Deputy President William Ruto or Raila Odinga, the leader of the Azimio la Umoja movement. On Sunday, January 23, at their ANC national conference at the Bomas of Kenya, Ruto, Mudavadi, and Wetang'ula vowed to work together to inflict a blow to OKA. 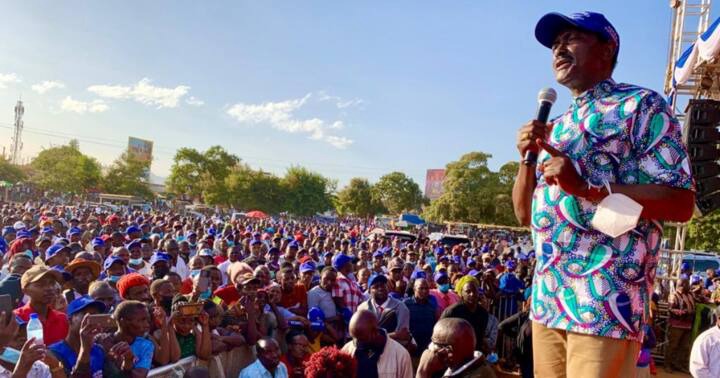 Prior to the August 9 General Election, Wiper leader Kalonzo Musyoka said that he was planning to name Amani National Congress (ANC) leader Musalia Mudavadi as his running mate.

The 10th Kenyan vice president spilled the beans on how they could have shared power in OKA before Mudavadi and his Ford Kenya colleague Moses Wetang'ula abandoned the alliance on Friday, January 28 in Wote, Makueni county.

According to Kalonzo, if the ANC won, he would have been the presidential candidate and would have served one term before passing over to the ANC boss.

"Our brothers left us and there's nothing wrong. I wish them luck. I want to tell you, I was ready to name my brother Mudavadi as deputy president. We had reached an agreement among ourselves. Gideon Moi and Wetang'ula had no problem. Now that Mudavadi quit, I don't know his fate in UDA," Kalonzo said.

Content created and supplied by: ongusojohn254news (via Opera News )