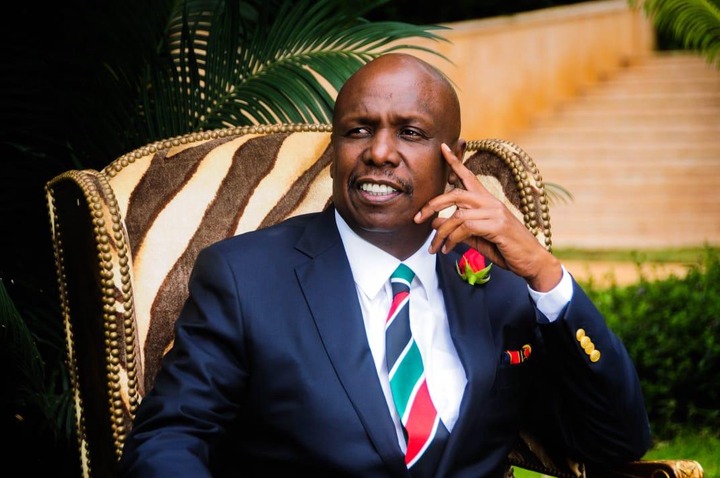 Political Analyst Herman Manyora has informed that Baringo Senator Gideon Moi has been playing a hard-to-get ball inside the One Kenya Alliance in favor of President Uhuru and his handshake partner Raila Odinga.

It has been established that Senator Moi's agreement to unite under the umbrella of the One Kenya Alliance had a hidden motive with the agenda being ensuring that he holds hostage the former National Super Alliance bosses not to form an alliance with Deputy President William Ruto after their split with ODM.

According to the Political Analyst, Gideon Mou has been working as per the directives given to him from above saying that "Gideon Moi seems to be aware of the threat being posed by Ruto and he is aware that if te OKA principals are scattered, Ruto may pounce on Mudavadi, Wetangula and even Kalonzo."

Adding that "some of the principals do not know the game Raila, Uhuru and Gideon are playing. A high stakes game." 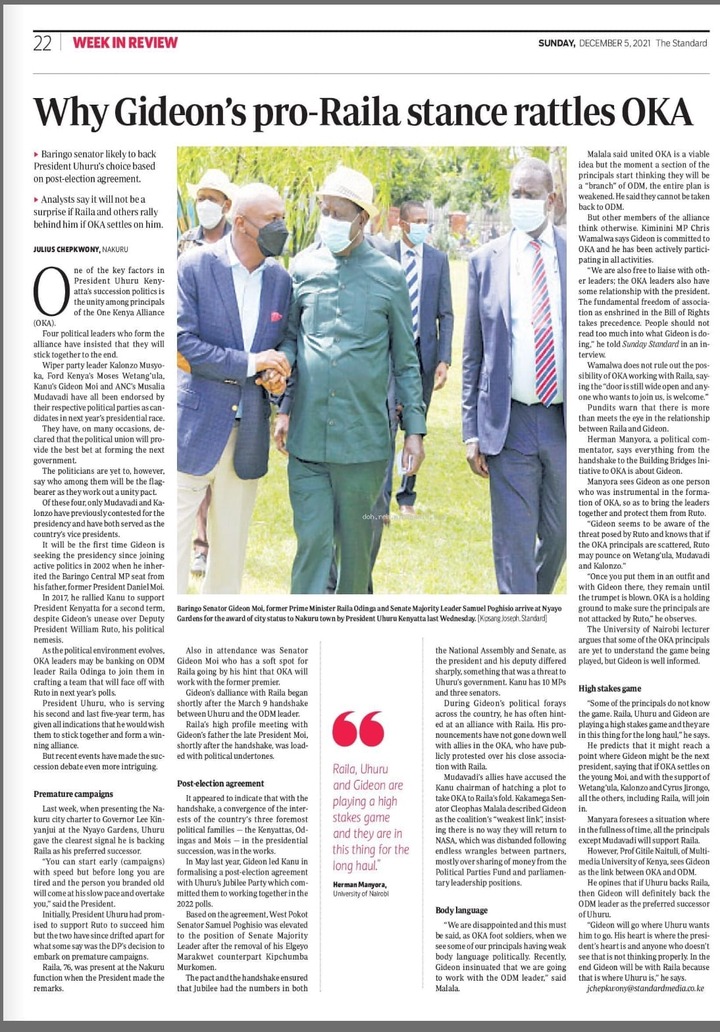 "Ruto Has The Mass, Raila Has Uhunye" Alleges Kabogo