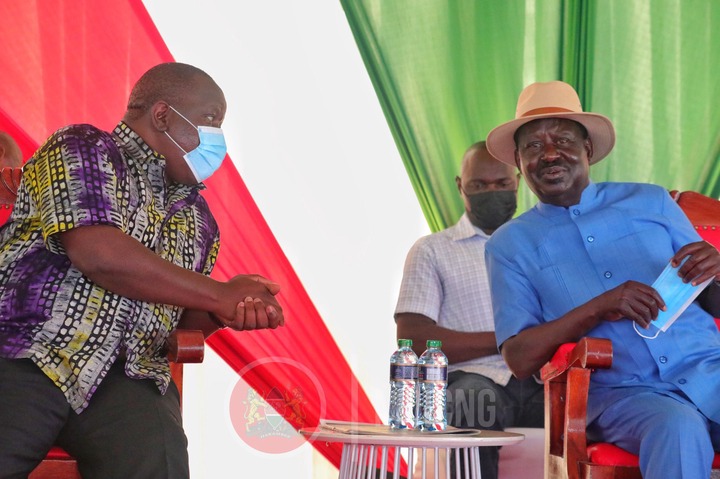 "I want to repeat here again, that I will fully be behind my president and do whatever he asks me to do." This was the sentiment by the Interior Cabinet secretary Dr Fred Matiangi during the campaign tour by the ODM party leader Raila Odinga in Nyamira county, an event in which CS Mutahi Kagwe and Governor Ongwae were also in attendance.

The leaders in this meeting seemed to have met with a common agenda, of attacking the deputy president Dr William Ruto. All of them deconstructed the hustler nations bottom up economics campaigns terming it as a hoax only used to convince kenyans to vote Ruto.

According to Matiang'i, the deputy president was practising a politics of hypocrisy to win the hearts of the Kenyan hustlers. Speaking in his local dialect, the CS told off the second in command for his double speaking character, where he identified himself with the success of the government and distanced himself from the failures. 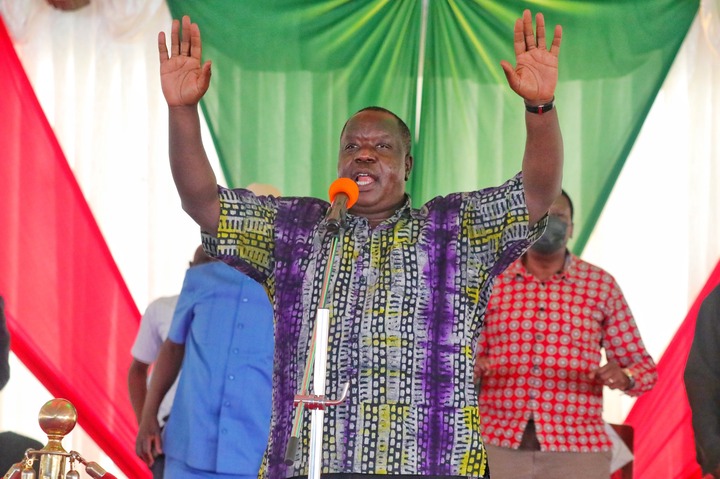 Further, he asked the residents of Nyamira and Kisii to fully back him and follow the direction he would show them ahead of the 2022 elections. According to him, following a double standard man would be the last thing he would do, hence his unwaivered following of the president's leading.

"I will support the candidate My President asks me to. I won't support people who have no standing. Today they are owning the government Tomorrow they are in the Opposition criticizing the same government they are... I won't be that stupid." the Interior CS Fred Matiangi stated.