There will be no Truce Between Uhuru and Ruto, Claims Abraham Mutai as Details Emerge About this 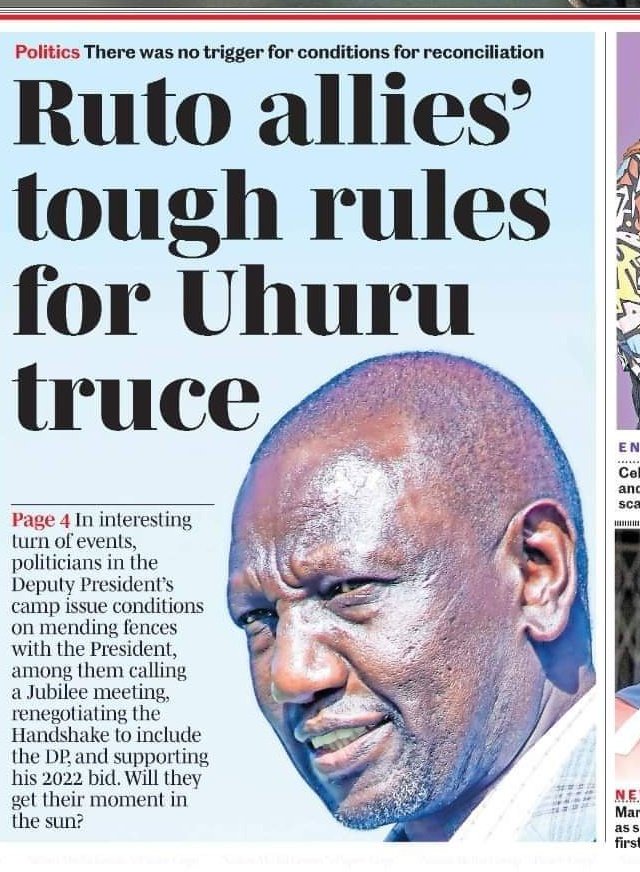 Few days ago there were rumors that the two leaders could reconcile with each other and get back on the Jubilee truck once again however blogger Abram Mutai seems to think that the die is already cast and that there is no possibility of Ruto and Uhuru ever calling truce.

On Saturday May 22, 2021 one of the Kenyan dailies ran a story with a headline Ruto Allies tough rules for Uhuru truce. In the article it was reported that politicians from DP Ruto’s camp have already issued tough conditions on mending fences with President Uhuru Kenyatta. 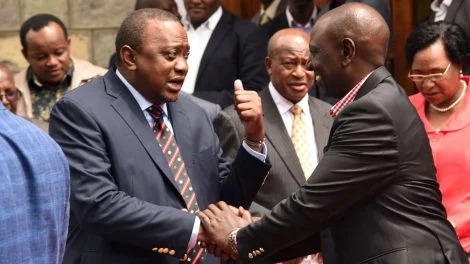 One of their grievances according to the Daily Nation is to renegotiate the handshake so as to include DP Ruto and also the quest to support DP Ruto’s 2022 presidential bid.

It is this article that elicited a reaction from Abraham Mutai who dismissed the claims any possibility between the two camps as wishful thinking.

“There will be no reconciliation between Ruto and Uhuru. This is a wishful thinking. That train already left the station,” twitted Mutai.

Just where did the rain start beating the ruling Jubilee Party? It is believed my many experts that the Uhuru Ruto fallout begun when President Uhuru decided to make peace with his political nemesis Raila Odinga months after the 2017 elections.

It is from that time that the Jubilee politicians allied to DP Ruto became disgruntled thereby causing a great rift in the Jubilee party. Evidently, the rift has always played in several ways in the recent times.

At first most of the politicians allied to the Deputy President lost their leadership roles and positions in both the Senate and the National Assembly then we have also seen the two factions support different candidates in the by-elections. 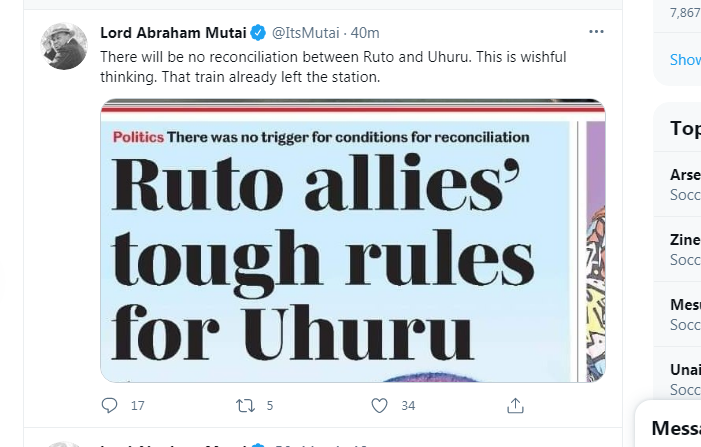 Well, an Igbo proverb goes that when two brothers fight to death it is a stranger who will inherit their father’s wealth. Will Ruto and Uhuru call a truce before?

Professor Hamo And Jemutai Meets To Discuss There Relationship In Public