Kenyan political analyst who goes by the name of Mutahi Ngunyi has once again opened up about the ongoing debate where alot of Kenyans have taken to their different social media accounts to express their opinions and suggestions on the Nullification of the building bridges initiative. 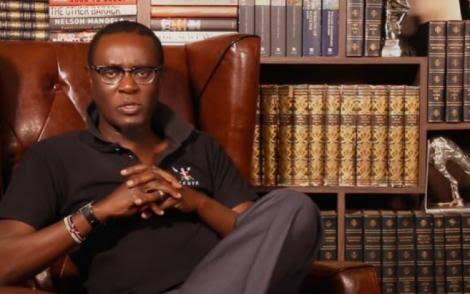 In his own caption, he said that the government along with the Kenyan giant politicians were planning something which was going to surprise alot of Kenyans along with their preferred political leaders in different ways.

His remarks comes two days after a group of judges termed the building bridges initiative(BBI) which was being spearheaded on by President Uhuru Kenyatta along with himself, the former prime Minister and orange democratic movement leader, Honorable Raila Odinga an unconstitutional project.

His remarks comes two days after a group of judges termed the building bridges initiative which was being spearheaded on by Kenyan president Uhuru Kenyatta along with the former prime Minister and orange democratic movement leader, Honorable Raila Odinga an unconstitutional project declaring it void and Null.

Reports received from the 4 benched judges judges revealed that the current president, Honorable Muigai Kenyatta was not allowed by the constitution to use his influence in amending the constitution.

His remarks has however sparked alot of reactions from Kenyans who seemed to have different opinions and suggestions on building bridges initiative and its developments.

James Smith - We honestly don't know what is happening in this world but all I want to say is that whatever is contained in the building bridges initiative is bigger than we think.

James Okoth - This is one of the most important aspects of life we have to think I don't care what they think but I belive in Raila Odinga.

Milian Koech - Well I don't understand much aboout the building bridges initiative but if it's about the next general elections then I honestly don't want anything to do with it.

Peter Kariuki - Are you sure that you know what you are saying, being a political analyst doesn't mean you are a good prophet.

Mutahi Kobe - I thought so but if you're right then why is Raila Odinga so troubled in the first place why are they so restless but all in all let's just Wait and see what happens.

Keziah Kubrick - All I know is that I don't want both Raila Odinga and William Ruto in power None of them are good as they claim.

"Korti Imepeleka BBI Half Time", Raila Assures Supporters Reggae Is Still On, Reveals The Next Move

National Treasury Now Does Teachers Proud With Its Ksh 2.5 Billion Shillings to TSC

If Your Landlord Refuses With Your Rent Deposit, See What The Law Dictates And Best Way To Curb This