Waiguru, Karua Left In The Cold As UDA Likely To Pick This Woman As Ruto's Running Mate

The United Democratic Alliance, UDA is set to have a big rally at Mumbi Stadium Murang'a county on the 7th of February.

Ruto is set to officially declare his running mate in the Murang'a rally next month. The date of this revelation has been brought forward because of unrest within the Mt Kenya region on the possibility of the DP abandoning them in the quest to deputise him. The unrest is due to Mudavadi's entrance to the hustler nation.

The Nation reports that among the most likely to be considered for the post are Mathira MP Rigathi Gachagua and Kandara MP Alice Wahome. The two have topped the table due to their growing influence in the region and dedication to Ruto.

Alice Wahome was particularly considered because she hails from Murang'a. Her selection to the DP post will perfectly counter Azimio's most likely DP, Peter Kenneth, who also comes from the county. The location of the event also speaks for itself. 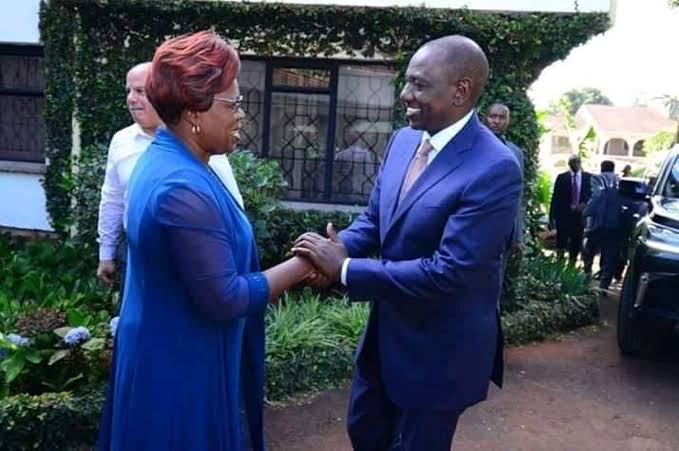 Photo: William Ruto with Kandara MP Alice Wahome at a past event.

"I am not aware but let’s wait and see. It would be a good thing," responded Wahome after she was contacted for a comment on the matter.

Wahome has trampled Waiguru who had set herself to win the position by posting on her social media handles that she prays that the DP chooses her for the running mate post.

Martha Karua had also been considered but talks to bring her on board seem to have hit a dead end.