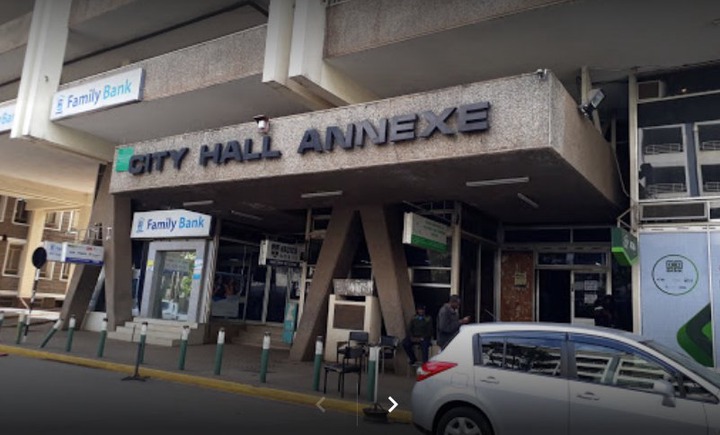 The Nairobi county acting secretary has dodged officers from the Directorate of Criminal Investigations who were after him on Monday afternoon.

It has emerged that the AG County Secretary Jairus Musumba was forced to disappear after he learnt that the officers were after arresting him.

He disappeared moments after the acting Governor Anne Kananu Mwenda presided over the Gender Based Violence bill at her city hall offices. 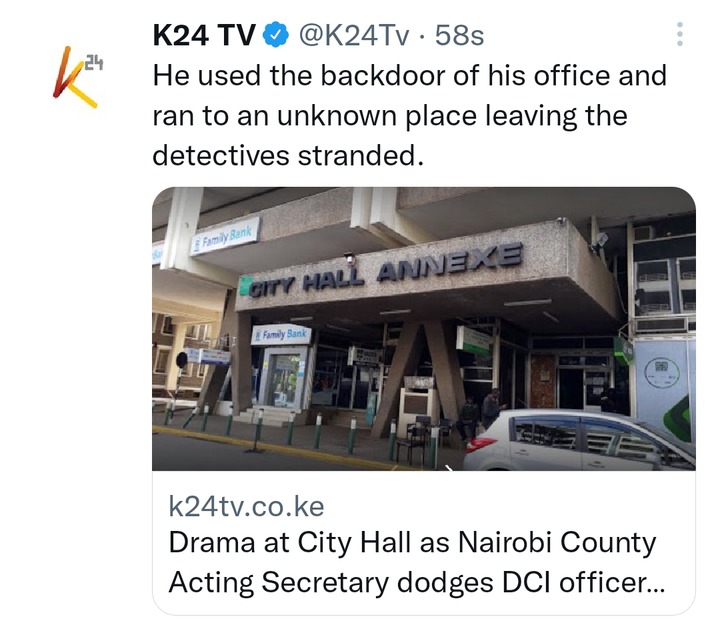 He is being sought by police officers over charges that are yet to be confirmed by the police officers a week after Anne Kananu Mwenda was also implicated in a tax evasion scandal.

It is said that the county secretary used the backdoor if his offices before disappearing and switching off his phone.

"Lemuna said the County Secretary used the backdoor of his office and disappeared into thin air then switch off phone."Nairobi central Police Station deputy OCP.