Billow Kerrow a former Member of parliament in Mandera county and also the first ever senator that Mandera has had, just spotted light into the on going evacuations in Kibos.Billow Has lined up the chronologically frightful owners of the Kibos land vividly explaining how the land has been striped from their original owners. 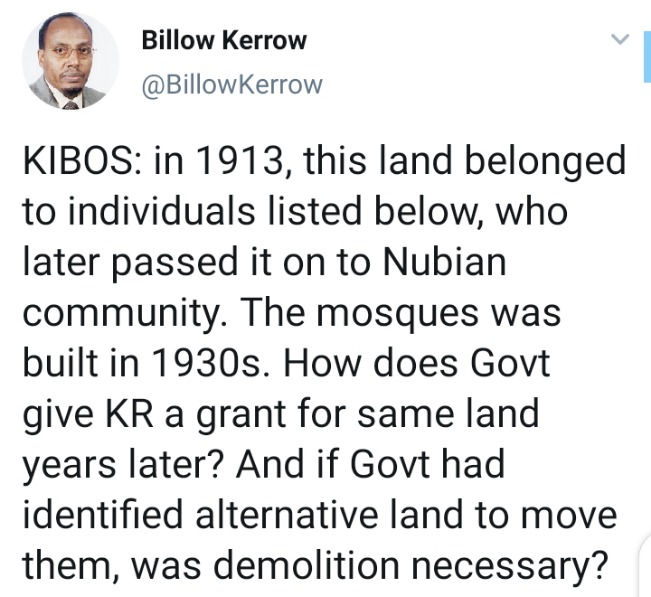 Billow shared a report in his twitter account claiming that it's unfair for what is currently going on in kibos and just as always there are political influence in the matter as well.The former Mandera senator said that it is not making sense if the right process was followed in the land distribution.Just recently the same issue happed in Rongai where people were dismissed from their home and the only place they identified themselves with. 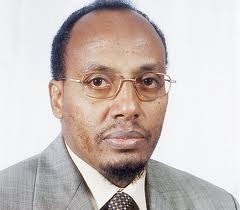 The former Mandera Member of parliament clearly listed the rightful owners of the kibos land and asked why the government shared the land twice knowing it's rightful and the native owners.The Mp questioned why the government had taken such stern actions on its very own citizens.Such issues of land reallocation has brought so much hatred and war within people and if not done in the right way people might engage in war trying to reclaim whatever portion they think they own.Its therefore government's obligation to do the right thing. Dealing with land is a very sensitive thing and would end up bringing clash among people. 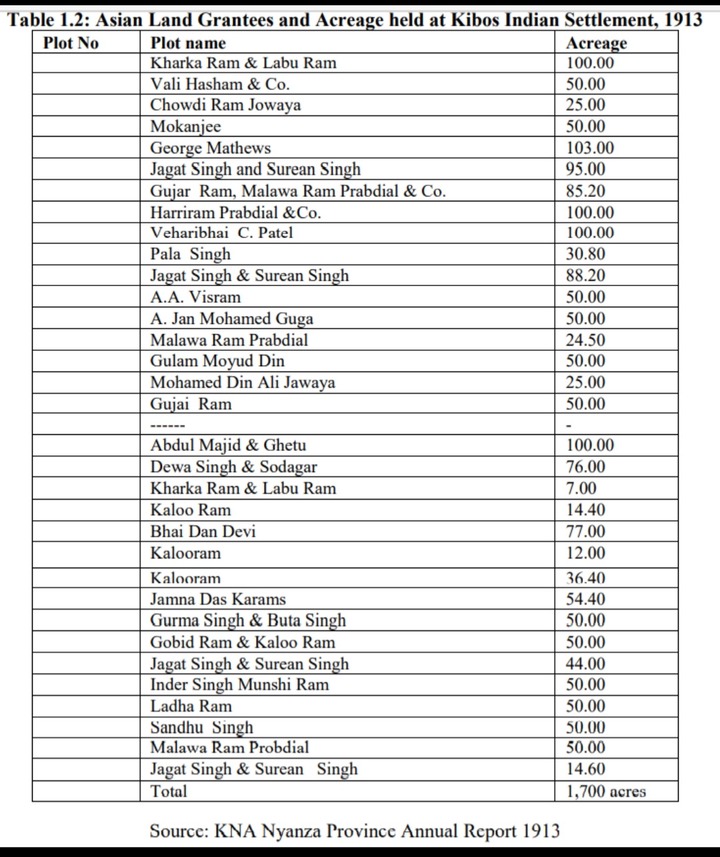 Billow Kerrow questioned the government why it had to demolish the people's assets even if they had found another land to reallocate them.The former Mandera Senator said it was unfair and also inhuman for the government to do what it has done to the kibos residents and whoever had given the demolition orders.The senator further asked in his tweet why the government had given KR the Land's grant knowing it's native owners.Having a proof he said it's not the right way to evacuate or rather reallocate the kibos citizens. 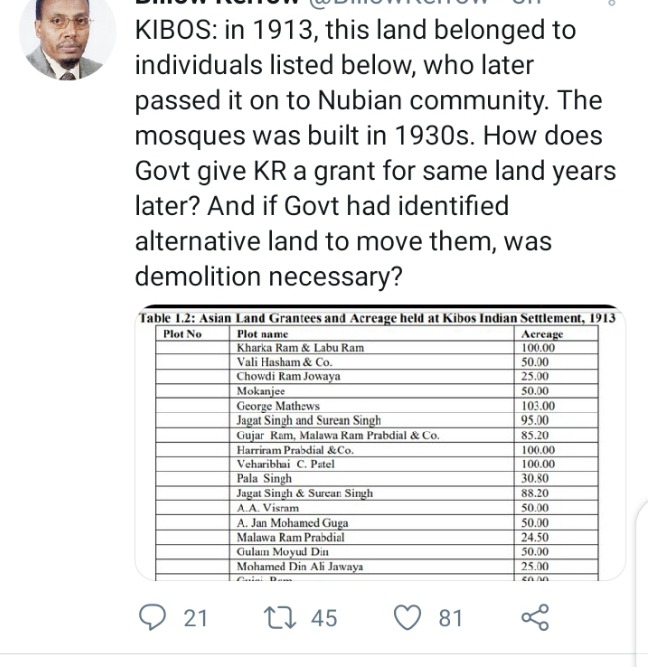 The land issue has just been always the key cause of war and Peace instability among people.If not well handled the grudges and war among people might never end.This is almost the same thing happening in the rift valley region.People fighting to reclaim their own land.Leaders such as Billow Kerrow should take the front line in resolving such and questioning where they think there's a mistake.Billow Kerow remains frustrated over the kibos land issue and needs some answers from his end.

Musalia Wants Uhuru To Arrest DP Ruto And Charge Him Over Corruption, Reveals Why

"If Ruto Was Bad, Uhuru Won't Have Choosen Him in 2017" Sakaja Claims Who to Blame For UhuRuto Split

5 Workplace Habits that Could Harm Your Marriage

Club World Cup: Two Chelsea Attackers That Should Not Be Used In The Tournament