Renowned Lawyer Miguna Miguna has called out the former prime Minister of Kenya and Orange Democratic Movement party leader, honorable Raila Odinga for keeping quiet about the attacks of Jimmy Wanjigi and the deputy president of Kenya, honorable William Ruto that happened today in Jacaranda. 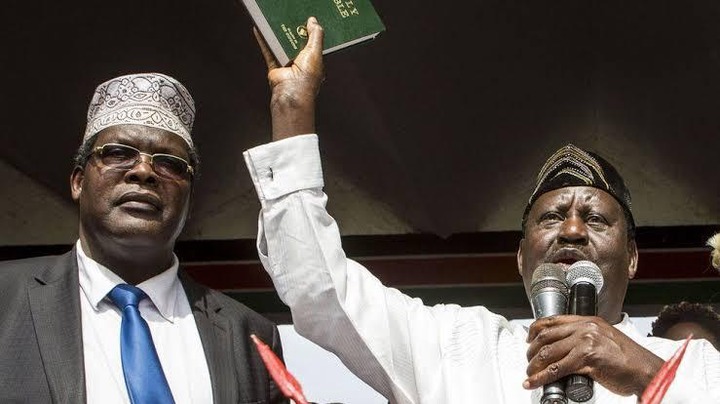 This is happening at the same time when the deputy president of Kenya, honorable William Ruto has called out the former prime Minister of Kenya and Orange Democratic Movement party leader, honorable Raila Odinga accusing him of being behind the goons who allegedly stoned him in Jacaranda.

According to the reports given by the deputy president of Kenya and he said that it was so unfortunate that most of his competitors are always making him their topic of discussion despite the fact that kenyans are waiting for them to sell their own agenda to them.

While reacting to his remarks, ke nyans who took to their different social media accounts to express their opinions and suggestions on the matter have called upon the inspector General of police, Hillary Mutyambai to conduct an investigation in order to find out what happened or rather what caused the incident.

According to the reports given by most Kenyans, they claimed that it was so unfortunate that the government along with the inspector General of police, Hillary Mutyambai was yet to do something about the increasing cases of political crimes all over the country where politicians are attacked.