The Kirinyaga Governor Ann Waiguru has finally said that she will follow and accept the will of Kirinyaga people. While addressing Kirinyaga people Waiguru asked them which party they would wish her to join for them to give her a second term in office, the Crowd in unison shouted the United Democratic Alliances.

Waiguru accepted the people's choice which meant she will be fighting to retain her seat through the newly formed Party,the United Democratic Alliances which is led by the Deputy President William Ruto.

Few minutes after Waiguru's move, the elder brother to the Orange Democratic Party leader Raila Odinga, Oburu Odinga took a swipe at Waiguru citing that Waiguru's joining was with no doubt adding that that's the den she belong.

Odinga went ahead to say that now that Waiguru has moved into the UDA, the song will immediately change that she is a hardworking person.

"Madam Ann Waiguru joining was with no doubt. That's the den where she belong among others, name them in DCI radar. And the song will immediately change how she's hardworking." Oburu Odinga wrote.

This has also sparked Reactions from Kenyans who told Oburu the Waiguru was a saint while in their camp. Waiguru was among those who Campaigned for the Building bridges initiative in the Mt. Kenya region while supporting Raila Odinga's presidencial ambitions. 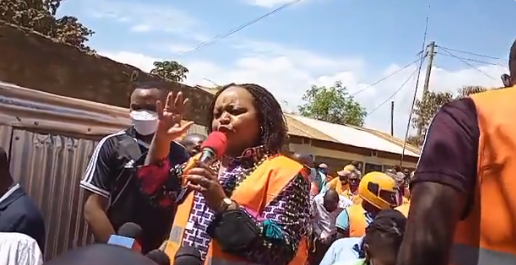 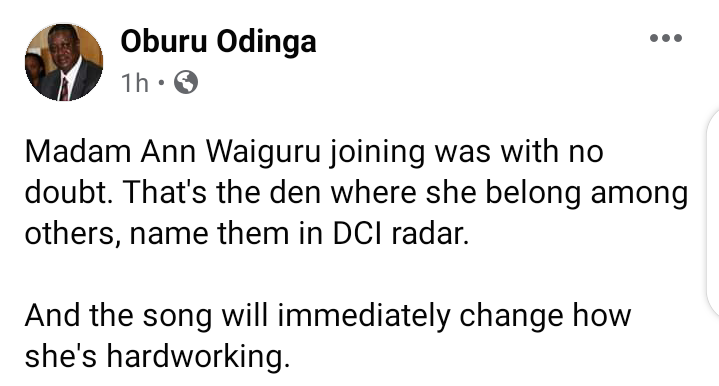