More Details Emerge Of What Kalonzo Was Offered In Raila's Government

By Finestanalyst (self media writer) | 1 month ago 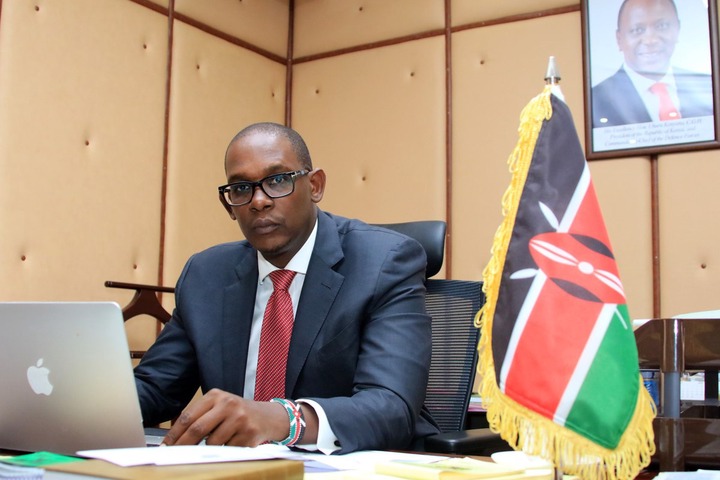 The other thing was 20% of cabinet positions in Raila's government from Ukambani region.In addition, former prime minister Odinga promised that Kalonzo would get 20% of the other government parastatals.

Three level 6 hospitals was also promised by Odinga as part of the deal to be reciprocated for his support.This deal, according to Nzioka Waita,was too good for Kalonzo to walk away from. 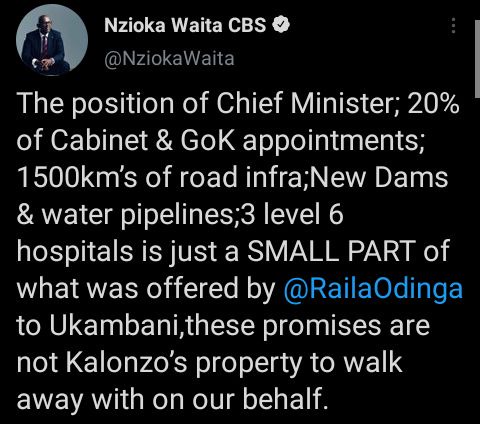 Nzioka Waita further said that this promises were not Kalonzo's property to just walk away with but it was the property of the Ukambani people.Kalonzo Musyoka has taken a break to review his position as Ukambani leaders urge him to go back to Azimio.