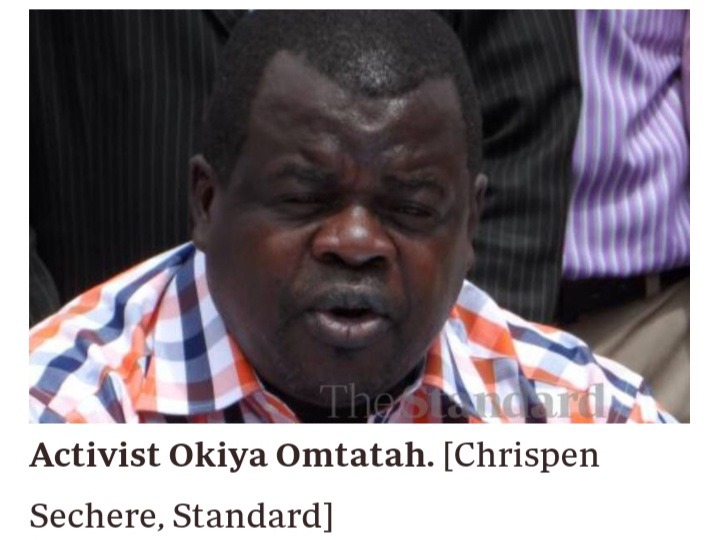 Plans to make some key changes to the Constitution to allow the appointment of Cabinet Secretaries from elected MPs could be stopped after an activist went to court to dismiss the move.

Okiya Omtatah has petitioned the High Court to prevent the president from making changes to any constituitonal Amendment Bill 2020 should MPs pass it in Parliament, arguing that it is an attempt to make changes to the Kenyan Constitution by not following the laid down procedures. 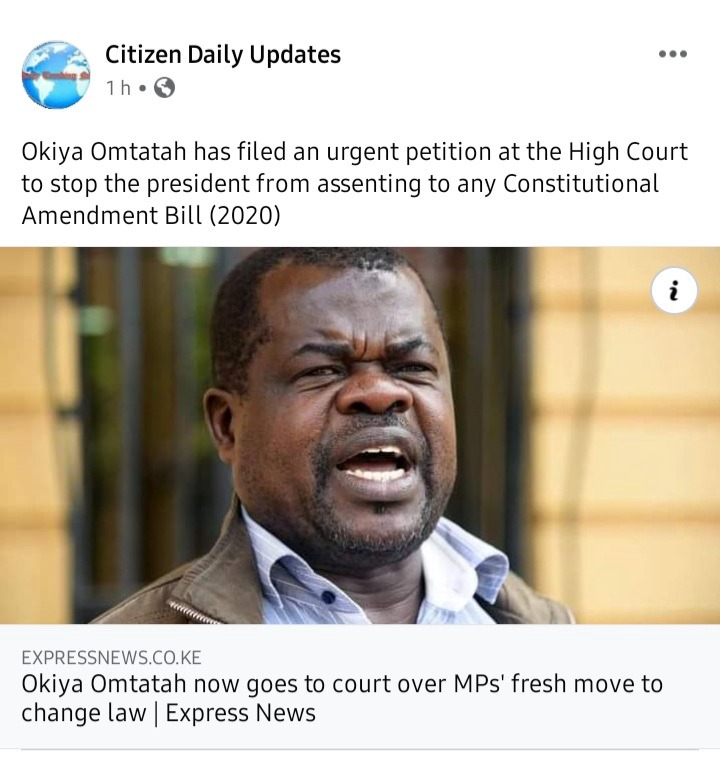 “Parliament is now considering the Constitutional Bill with a clear intention that MPs will pass it and move it to president Kenyatta for assent. The alleged amendment is illegal as it seeks to dismiss the separation of powers between the Legislature and the Executive,”he said. 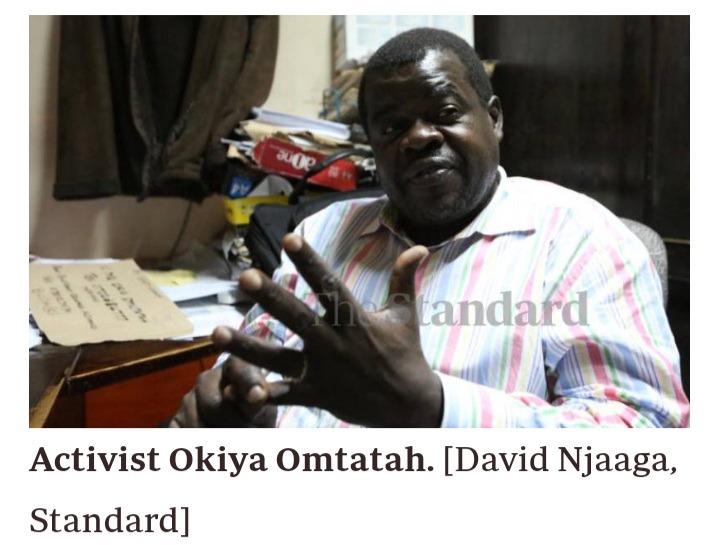 The Constitutional Amendment Bill (2020), now in the National Assembly’s Constitutional Implementation Oversight Committee intends to make some key changes to the Kenyan Constitution that will see the president appoint Cabinet Secretaries from among legislators.

It also allows the president powers to give the Attorney General the roles of a Cabinet Secretary. 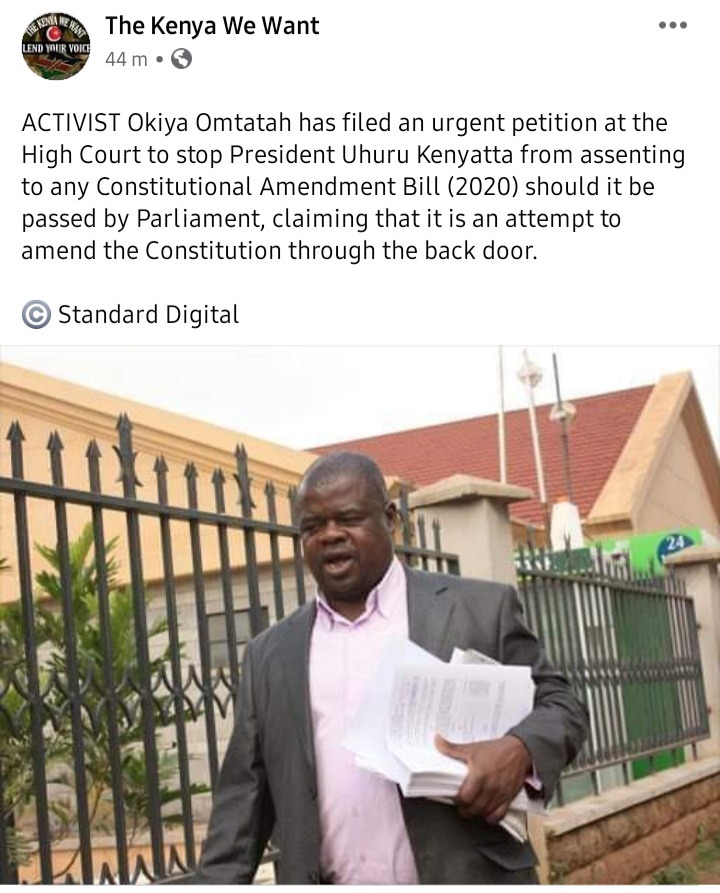 Omtatah added that the proposed changes to separate the Legislature and the Executive will alter with the basic structure of Kenya's President organised form, adding that the proposed amendments can only be made through a referendum.

“Any changes to the Constitution allowing the president to choose Cabinet Secretaries from among MPs and governors to choose MCAs as members of the county executive committee cannot take place through parliamentary legislation without a referendum,”he said. 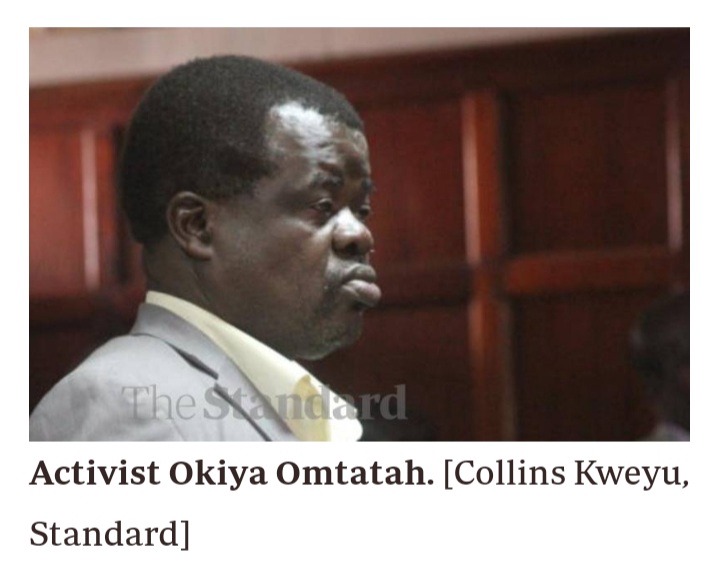 Omtatah added that the Constitution outlines the full presidential structure with a clear distinction and separation of powers among the Legislature, the Executive and the Judiciary, which cannot be dismissed without following appropriate channel. 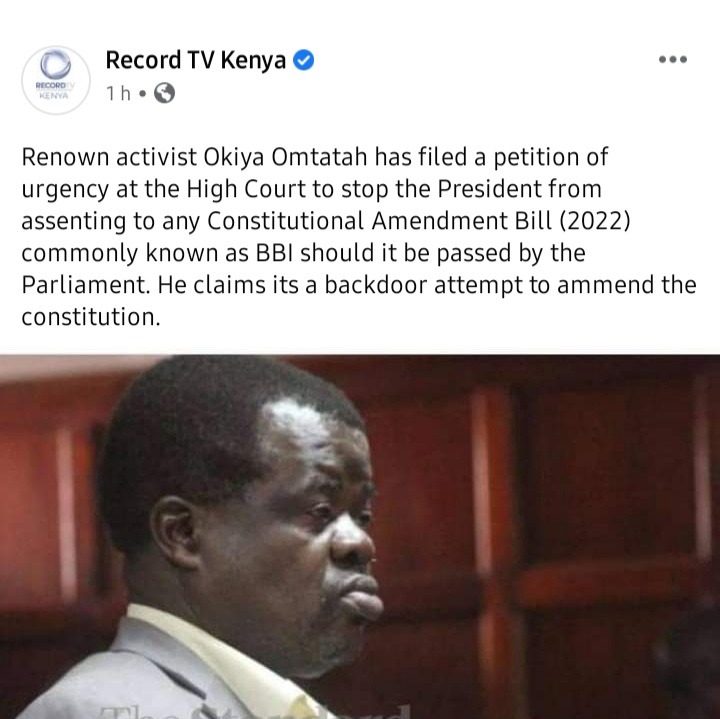 Okiya argues it is unconstitutional for Parliament to continue with the Bill without a referendum pursuant to Article 255 (1) (h) and (i) which spelt that any changes affecting the system and functions of Parliament and devolved government should be approved through a national referendum. 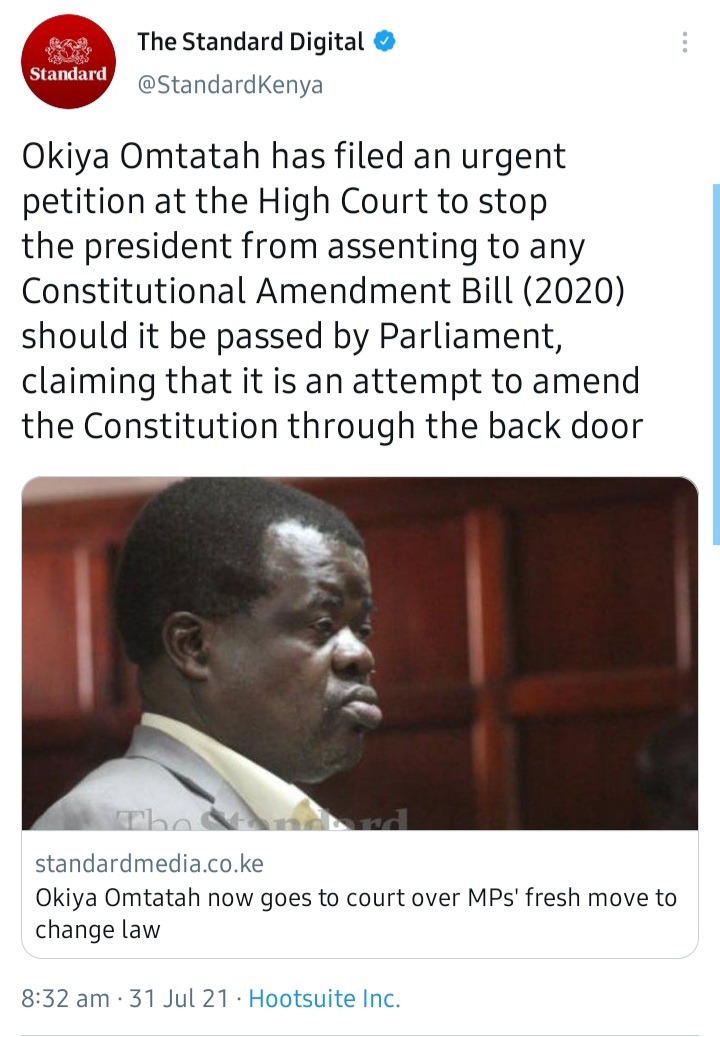 He blames the National Assembly for failing to follow the legal means of making the amendments, uphold and protect the Kenyan Constitution by continuing with the proposed Bill through the back door.