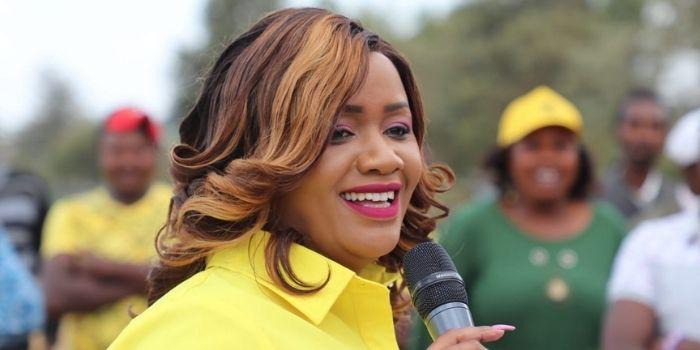 Political leaders allied to Deputy President William Ruto's Kenya Kwanza Alliance, have come put publicly to address the manner in which the country was tensed on Monday August 15th, evening before the Independent Electoral and Boundaries Commission announced the results of the August 9 presidential race.

Taking to her social media accounts on Tuesday afternoon, Laikipia Wan Rep Cate Waruguru lauded the IEBC's Char Wafula Chebukati, and the Deputy IG Mr Noor for standing firm and ensuring that the tension ceased and the country was calm.

"Let us take time to congratulate Noor Gabow, the Deputy Inspector General in Administration Police Service (APS), for restoring order at the Bomas of Kenya, and also Wafula Chebukati, the IEBC Chairman for abiding by his constitutional mandate despite the numerous threats and intimidation," she tweeted. 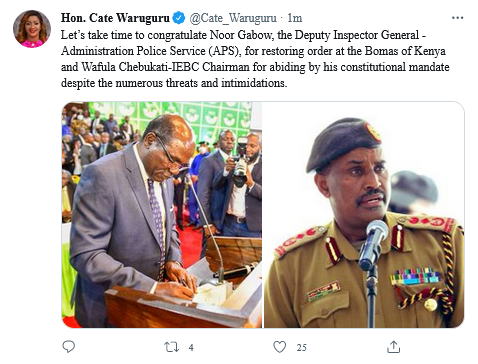 The results of the presidency were delayed for some hours, a move that caused tension at the Bomas of Kenya, but it took the intervention of the two leaders and others to ensure that the venue and the country remained peaceful.

In his first remarks before announcing Ruto as the president elect, Chebukati revealed that the IEBC staff had faced intimidation, and some had been injured in the process, but since it was their mandate to deliver free and fair polls, they were satisfied to announce the outcome.