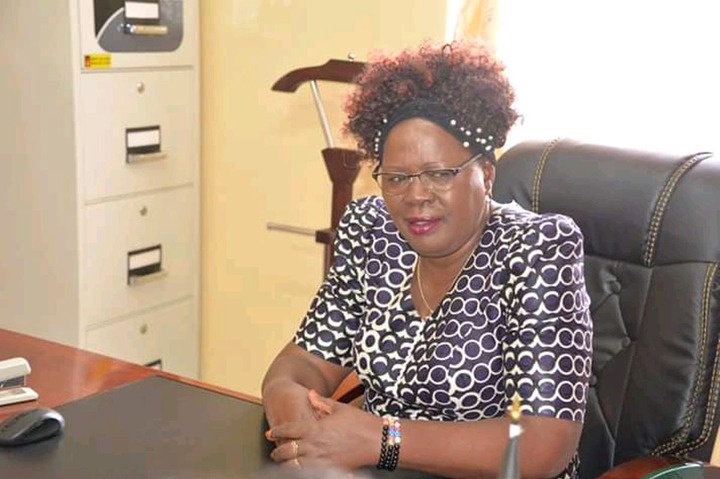 Kandara member or parliament Alice Wahome has finally addressed rumors going round the political space that she is among leaders allied to the United Democratic Alliance, UDA party, and who are eyeing slots in President William Ruto's cabinet.

It has been reported that Ruto was set to start lining up his cabinet few days after he was sworn in to office on September 13th, but his United Kingdom and United States trip forced him to post pone.

Wahome who has been dragged in the list on Saturday spoke with KTN News saying that she is serving as an MP, and in case Ruto decides to 'surprise' her with a cabinet secretary position, she will take it gladly. 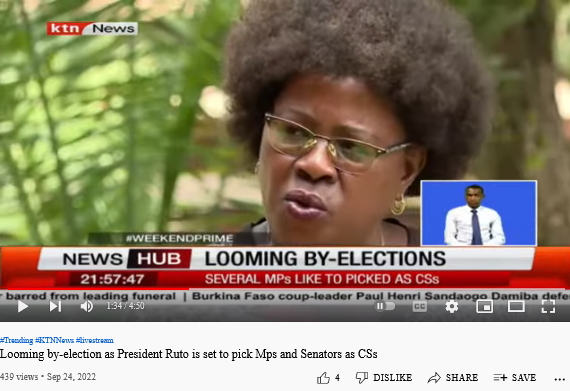 "The truth of the matter is that I do not know who will be in that list. I am the member of parliament for Kandara, and should that come in as a surprise, I would appreciate and say thank you very much, but for now, am serving as an MP," said Wahome.

Apart from her, other UDA allies whose names have been mentioned include Kiharu member of parliament Ndindi Nyoro, his counterpart from Garisaa Township Aden Duale and Elgeyo Marakwet Senator Kipchumba Murkomen.

A number of Kenyans have raised concerns on the number of by-elections and expenses to be incurred by the Independent Electoral and Boundaries Commission should the lawmakers resign and join the Executive, at a time when the country is allegedly broke.