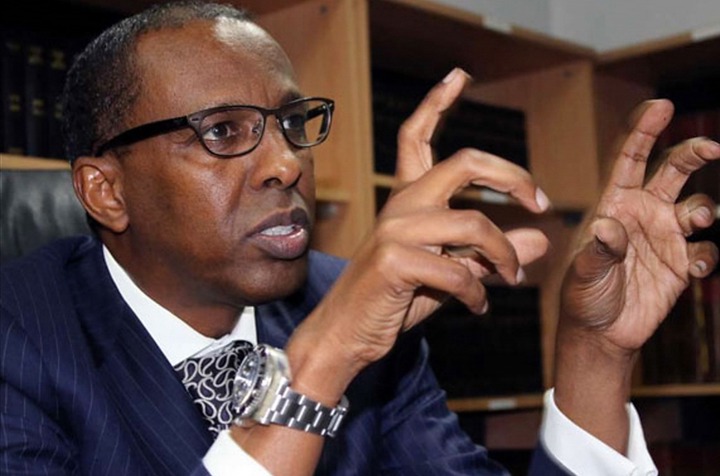 The former President of the law society of Kenya Ahmednassir Abdullahi and Ruto's close ally has called out Uhuru Kenyatta in what He now terms as lack of regional Balance in terms of development, even as He is working with speed to ensure that He accomplishes His Big Four Agenda before going for retire.

The Lawyer has said that Kenyans understand that the reasons why Uhuru decided to stop the development projects in the Rift Valley Region that are part of His Legacy, is linked to the fact that He fell apart politically from His deputy William Ruto who is the Kalenjin Kingpin.

Ahmednassir however dared the head of State to come out clean and explain to Kenyans why He also decided to also stop the ongoing developments in North Eastern Counties, yet He has good relations with their leaders. Salo, according to Abdullahi, some of the Marginalized Devolved Units such as Mandera gave Uhuru an overwhelming support both in 2013 and 2017 by voting Him in without any fail.

Being one of the vocal spokesmen from the Somali Minority group, Ahmednassir has been attacking Uhuru on various platforms while demanding Justice for His people and also equal representation in Parliament, formulation of good policies that will favour them and their generations. 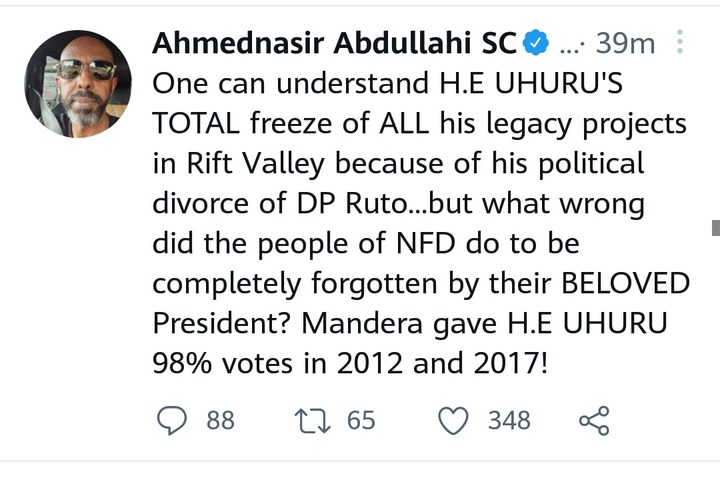 Since the split of Ruto and Uhuru, the Construction of the Aror and Kimwarer Dams in Elgeiyo Marakwet came to a halt and even other Stadiums and roads that had been started, and neared completion. Many assumed that it was a way of the president to retaliate due to the behavior of His deputy, that seemed to be against their original agreement.

List Of 15 Counties To Watch In The 2022 Presidential Election's.

The Beautiful Infrastructure In Minsk, Belarus That Kenyans Want Nairobi To Adopt (PHOTOS)