Just the other week, the presidential candidates for the oncoming August general elections chose their running mates as required by the IEBC. The two major horses competing for the top most seat had their running mates being eagerly waited by their supporters. Am speaking about the Azimio la umoja coalition and the Kenya Kwanza alliance.

The Kenyan kwanza team led by the deputy president, Dr. William Ruto were first to announce their candidate after a rigorous choosing process which was conducted Saturday over night and ended on the wee hours of Sunday morning. The candidate was later revealed on Sunday. 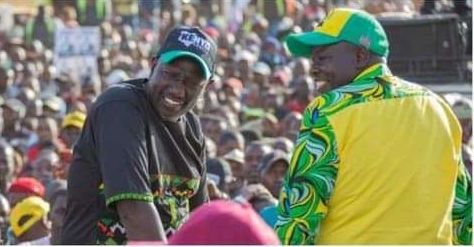 Then on the following Monday, the Azimio la umoja One Kenya alliance led by H.E Raila Odinga announced their presidential running mate to be Martha Karua. A candidate who was received quite happily by the vast population of women across the country and by Azimio la umoja supporters from Mt. Kenya region.

However, the announcement of Rigathi Gachagua as the Running Mate of H.E Dr. William Ruto Elicites mixed reactions from several Kenya Kwanza leaders and supporters from the voter rich Mt. Kenya region. This is because Rigathi was competing for the running mate position with Prof. Kithure Kindiki who also comes from The Mt. Kenya region. 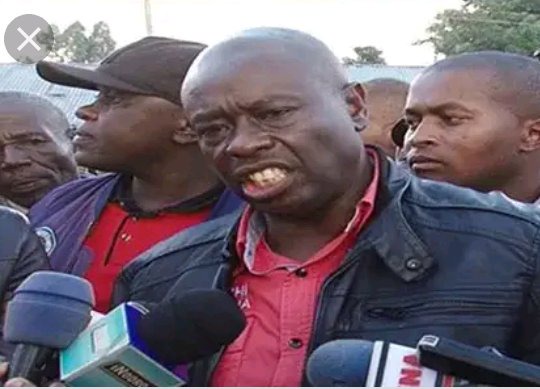 According to many supporter and many political analysts, Kithure was the better candidate than Rigathi but Ruto chose Rigathi.

This decision by the deputy president to choose Gachagua over Kindiki has set the political ship of Kenya Kwanza coalition on a sinking mission and unless something is done, destruction awaits the coalition. This is According to political Analyst, Herman Manyora.

In a story published by Tuko news on Facebook, Manyora urged Ruto to move with speed and save the ship from sinking by replacing Rigathi Gachagua with Prof. Kithure Kindiki. 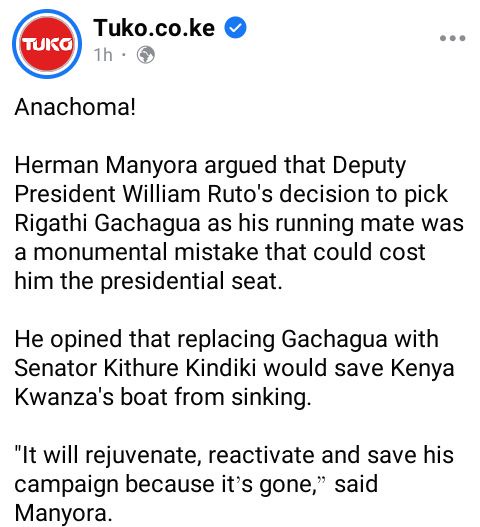 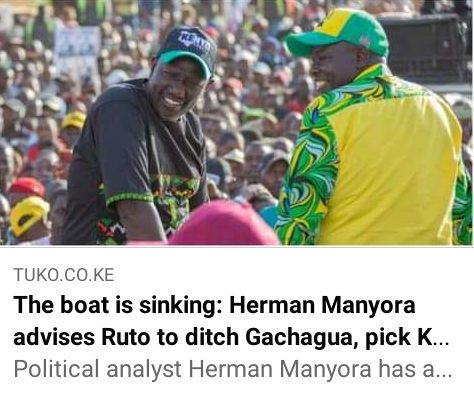