By Anthony (self media writer) | 26 days ago 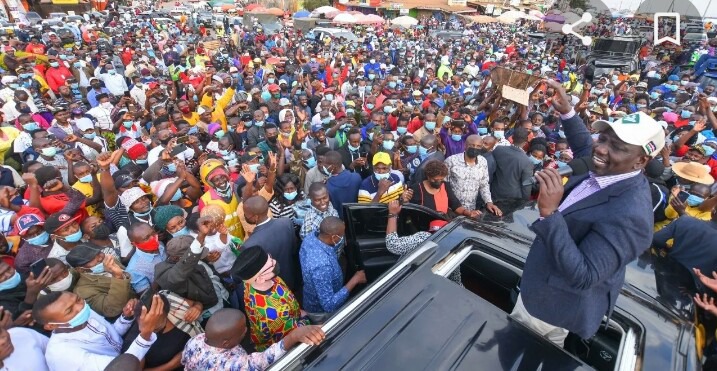 The Kenyan Deputy President has worn the greater percentage of Kenyans. He seems to have convinced many to vote for him as the fifth president of the republic of Kenyan. This is evident from the huge turn out of Kenyans once he holds a political rally.

Apparently, it is evident if votes were cast today he would win the top seat.His other competitors are also holding rallies trying to persuade the public to vote them in.

As exhibited in the recent rallies, it is evident that many politicians have joined the DP team. This team is really working hard to a point that most of them have become so popular to the public.

The likes of the current Kiharu MP,Kiambaa MP, Kikuyu MP and Mathira MP have really impressed and improved the lives of their respective constituents unreservedly to a point of other constituents doubting if their MPs.are being allocated equal amounts of CDF fund.

It has dawned to other leaders especially those in central region that they should have copied them early enough rather than singing the Bbi song. This is however tricky since as the saying goes that you should make hay while the sun shines, it might be late for some leaders to get to the level the staunch followers of Ruto have managed in terms of improving the lives of the public.

It is evident that citizens will be rewarding leaders who have performed well in their respective positions by rejecting them.This has instigated some MPs trying to dupe the public about the current roads being constructed by the national government. They are trying to dupe the public that it is their effort. It is very unfortunate that the public is very aware that this is political conmanship. It is very clear that the MP should account for the CDF since it is public money. We have such cases as Mweiga -Karandi through Ambon and Mau Mau roads in Kieni Constituency and the likes.

I understand in the same constituency a student was awarded two thousand shillings as bursery to cater for his fees. The student was so needy such that he had to postpone his exam.It was so wrong since from reliable source is that the amount accounted for on the same was far much more. This clearly shows the heavy corruption in Kieni constituency and if not corruption someone is chewing public money unreservedly. The two thousand was just a drop in the ocean compared to the fees of the student.

This becomes the major reason why some leaders we have will not be re elected.

Content created and supplied by: Anthony (via Opera News )