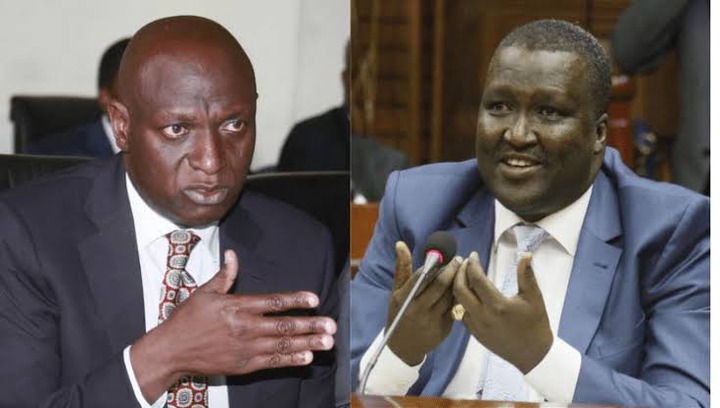 The differences between president Uhuru Kenyatta and his deputy is clearly boiling down to among their supporters and more dangerous the Cabinet Secretaries. It's clear according to CS Energy Charles Keter, matters petroleum cannot be blamed on him rather the CS Petroleum John Munyes. 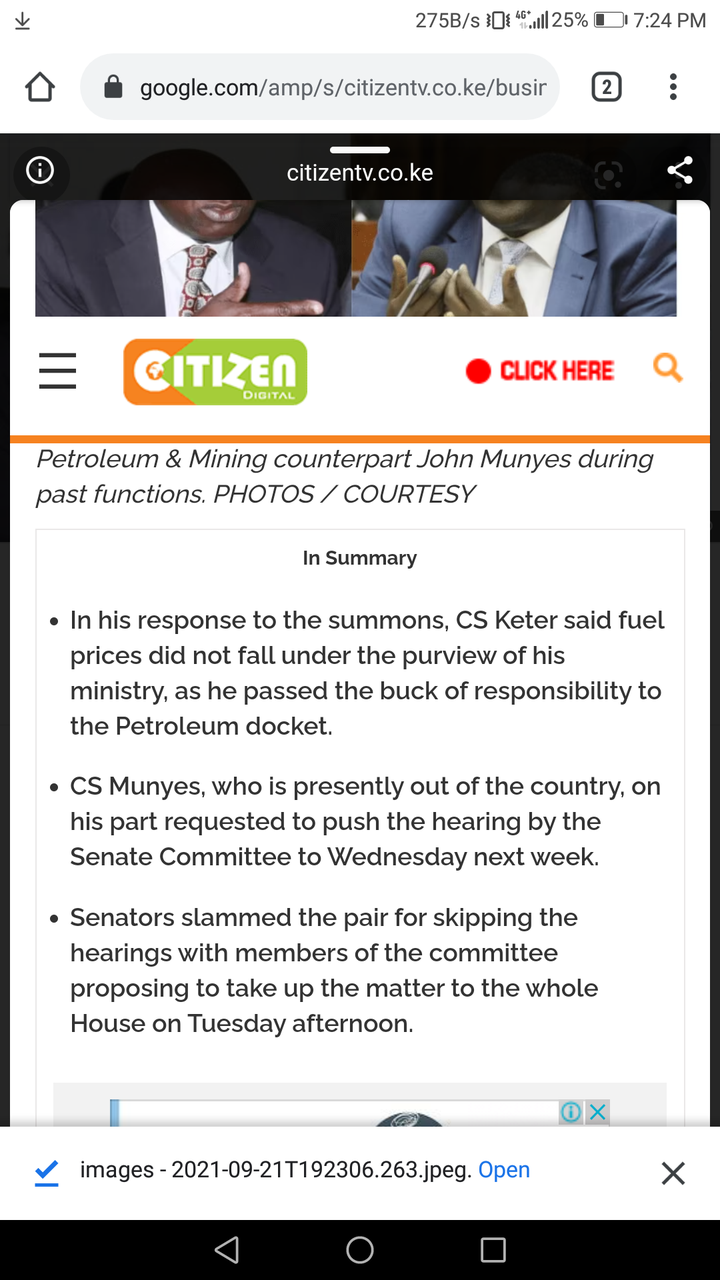 According to Charles Keter, he cannot be blamed on the increase in fuel prices in the country for he is squarely not to blame given issues petroleum was transferred to the more experienced person Munyes by the president. According to the CS, the blame should fall at the door of CS Petroleum John Munyes.

The Cabinet Secretary who was supposed to answer to the senate today on matters increase in fuel prices revealed that the docked on matters fuel is better handled by his colleague John Munyes. This clearly confirms that the Cabinet seemingly is not functional a sign of a failed administration as we move into 2022.

According to Munyes however he was out of the country and he was not in a position to answer to matters the fuel increase. It's clear the matter revolving around fuel increase is seen by many as way of president Uhuru Kenyatta punishing hustlers who support the deputy president William Ruto by making their lives more harder before 2022.

DP Ruto Sends a Stern Warning To Raila Over Deep State, Reveals What Will Happen Before 2022

Top 10 Smallest Militaries in Africa as of 2021