The unity of Mulembe nation

By Theoloo (self meida writer) | 8 days

"Mulembe Nation" are people from the western part of Kenya. They are believed to be open Minded, they would vote for any party so long as the candidate is a productive person. They don't look at the party politics their ground is opened to everyone but don't mistake them and bring your tribal politics in their backyard, they even throw away one of their own if he or she is incompetent. Productivity is the secret with has made some of the politicians thrive in Lughya Nation. The house of Mulende doesn't care about your origin but if you can deliver you're good to go. 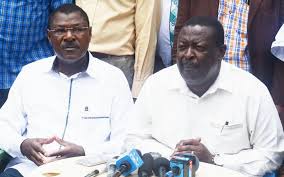 A good example is a governor for Kakamega, a very good man but despite His original Background they didn't hesitate to choose him. not only once but twice, in fact, the second term his closest competitor was the "Bullfighter" Dr. Khalwale. and they threw him away, Reason being competitiveness, if you're not competitive enough in Lughya nation they will take your money, laugh with you but at the end, they send you home."Mulembe Nation" 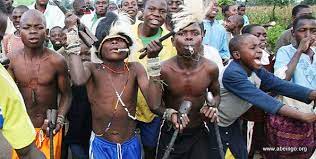 So what if they're United, in the near future, coming 2022 the people of Mulembe nation have been working on Unity. Because they have just discovered that Unity is the key thing for them to take the big seat in the nation. its believed that their Unity will result in at least 30% of the vote cast in the whole country. and this is a very good Projection. that's why many politicians have been afraid of the Unity of the people of Mulembe. 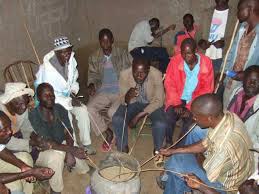 But as well as the unity of the Mulembe Nation is Important. the Leaders of the Mulembe nation should not forget that they need their Neighbour for them to thrive. Many people have been suggesting that it's time for Mulembe Nation to be United by people like Kamba's Kalenjins and Kikuyu, even Lou's. but they have been working together with Luo's since independence and Luo's have never supported them, so people of Mulembe Nation were thinking it's high time the people from the lake region to support them.

So what will the Unity of Mulembe Nation with Kalenjin, Kamba and Kikuyus including other small tribes like Mijikenda. This will be one of the feared Political Alliance that has ever been hard. as it has been suggested again and again if this alliance succeed it will be a winning one. it will be an alliance that will bring unity among the people of this Nation.

So the unity of the Lughya nation is very Important and very crucial, the Mulembe House need to sit down and come up with an Idea that will unite its House. because a house united brings alot of sucees, developemnt, good education, jobs and peaceful co-existence.

Content created and supplied by: Theoloo (via Opera News )

Raila Odinga is able to Steer the Economy to the next level from 2022, A Top Politician Confesses