By EddieEdu (self meida writer) | 26 days

The just concluded by election of Bonchari Constituency attracted several candidates who were all yearning to take up this parliamentary seat. The by election was necessitated after the seat fell vacant due to the death of immediate former MP, the late Hon. John Oroo. He died in February this year at Aga Khan Hospital in Kisumu after suffering from a long illness. 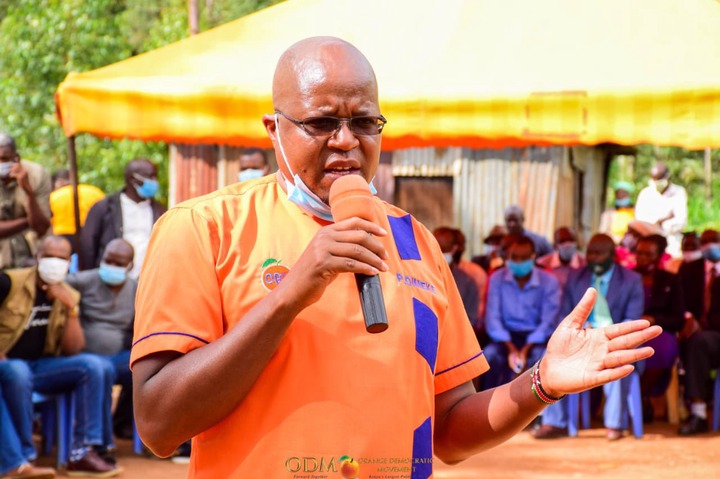 After the fierce battle, Eng. Parvel Oimeke of the ODM party emerged as the winner. He managed to get 8,049 votes beating his closest rival Zebedeo Opore of Jubilee by a range of 770. vote. UDA’s Teresa Bitutu Oroo came in third with 6,964 votes. Oimeke will now serve for the remaining 15 months before the next general election is held. 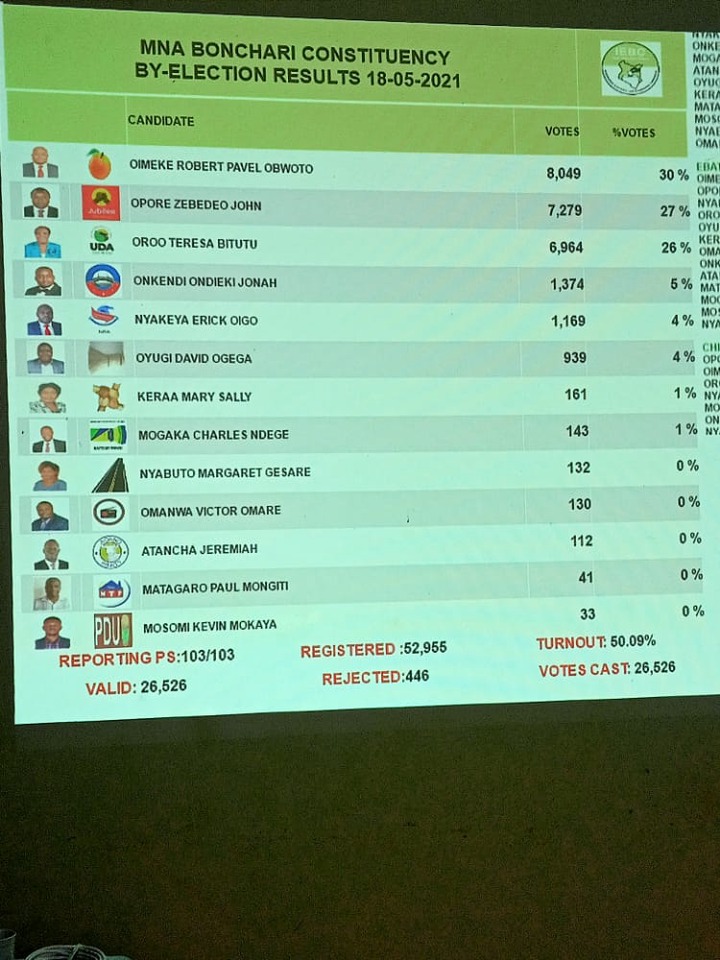 The contest witnessed a tight battle between political bigwigs in the region. Top parties including ODM, Jubilee and UDA came out with confidence with the hope of clinching this seat. In the end ODM party managed to carry the day.

The Kisii region is rich in votes and politicians from all divides are always trying to win control of the region so as to assure themselves of more votes in the presidential elections. One way of doing so is by making sure that they take the parliamentary seats in these regions. 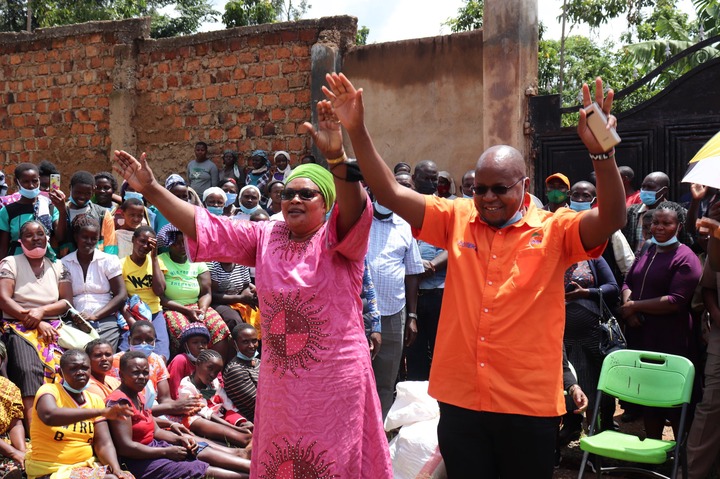 This win will definitely give the ODM party confidence of getting the people behind them in next year's election. As is the case already, the governor of Kisii County is a member of ODM and this win will continue to stamp their dominance in this region.