By TheDailyScoop.com (self media writer) | 17 days ago 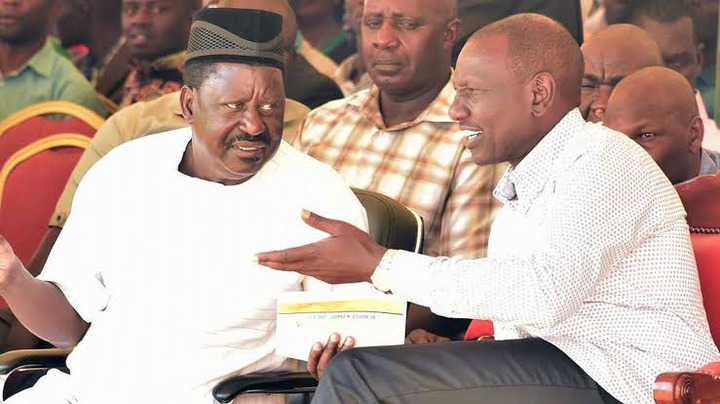 The former Prime Minister spoke a lot about the country's politics as well as revealed some details on how some communities in the country have always been against him. 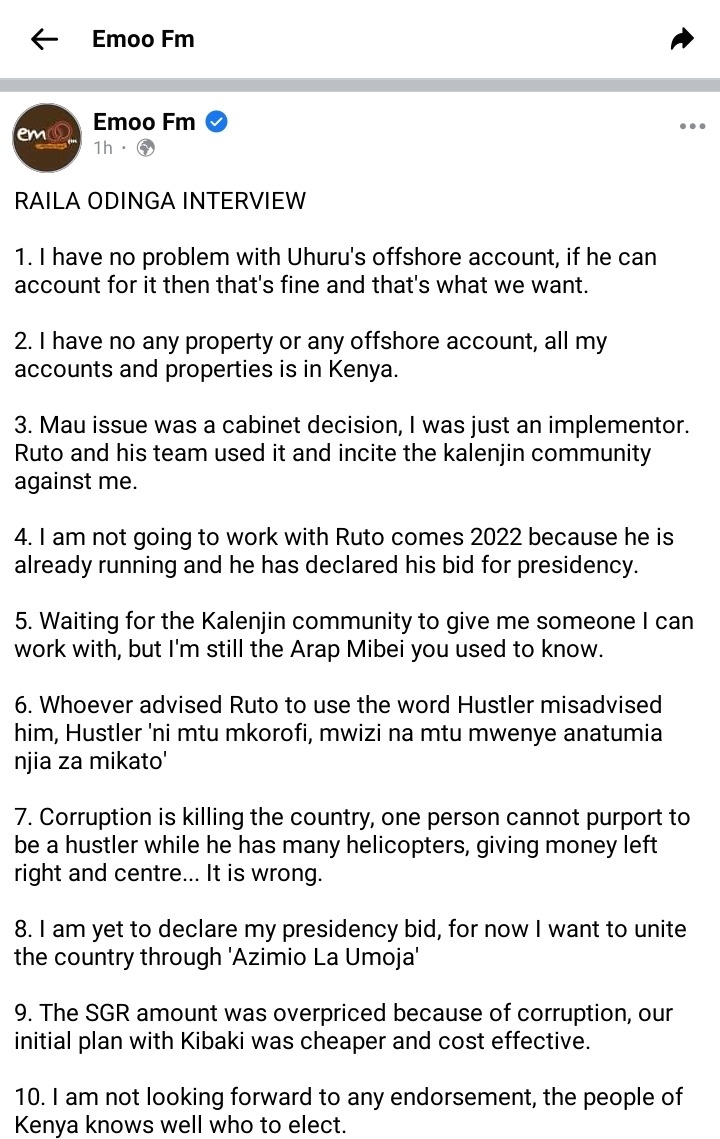 Raila Odinga was asked about the Mau issue which got him disliked by the Kalenjin community in which he gave a genuine reason which individuals incited the people from this community to turn against him.

According to the ODM, the Mau evacuation issue was a decision made by the cabinet that did not involve him in any way as he was an implementer.

However, Raila alleged that Deputy President William Ruto used this issue to incite the Kalenjin community to be against him which was not a good thing as this is not how national unity should be done.

The former PM spoke more about the state of the Country plus the Pandora Papers expose which several leaders are taking advantage of to criticise the President.