By SiasaLeo (self media writer) | 2 months ago 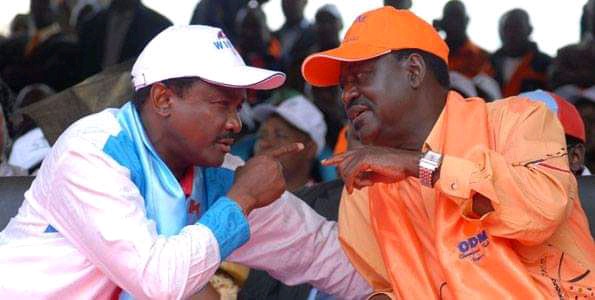 The Orange Democratic Movement party has confirmed an ongoing talks with Wiper party leader Kalonzo Musyoka over a possibility of rekindling the relationship between him and Raila.

According to ODM national chairman John Mbadi, the member of parliament for Suba South constituency, the two leaders have been having private talks for a while now and there are progress, he however refused to give finer details of the conversation stating that he is not authorized to talk about it.

Mbadi stated that soon the two leaders will let the whole country know what has been going on.

On the other side, Kitui senator Enock Wambua who has been a hardliner in the Wiper party, has suddenly changed his tune on Raila, the vocal politician who had earlier insisted that they would not support Raila again has stated that there are the possibilities of the two leaders working together, Wambua stated that for now deputy president William Ruto is the common enemy and any political pact that can defeat him is welcomed. 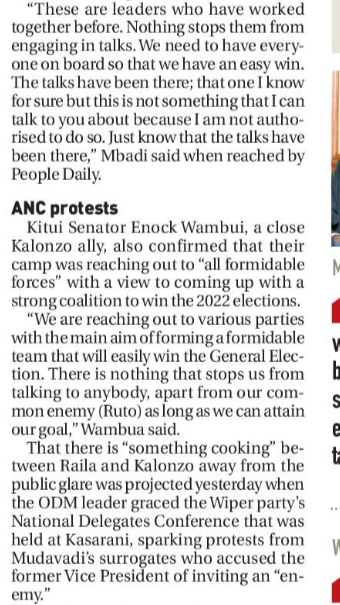 Emergency Signs To Watch During Pregnancy

9 Of The Ugliest Creatures On the Planet.