Ruto Worked Magic For Us, We Loved How He Succeeded In Demonizing Raila Odinga; Peter Kagwanja Says 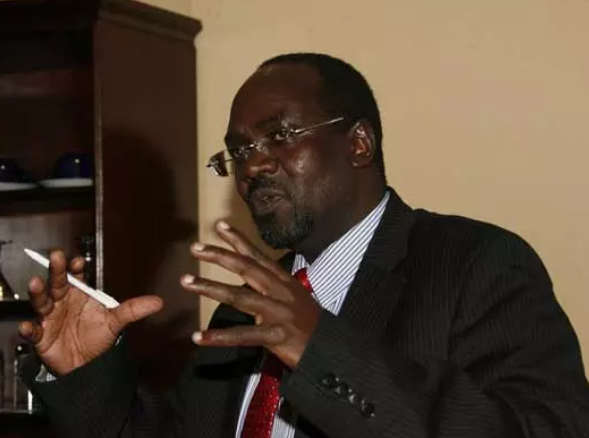 RailaOdinga's s recent trip to Meru was highlighted by two main things. The first one was the constant and stubborn sibling rivalry between Meru governor Kiraitu Murungi and Agriculture Cabinet Secretary Peter Munya which kept on interrupting Raila’s program.

The second one was claims that before the Handshake, it was Kiraitu who had done the biggest damage to Raila in Mount Kenya, and that the zeal with which he demonised Raila was unrivaled.

However, Uhuru’s former advisor is now shading light on who exactly was the champion in demonising Raila, and how he was exemplary in performing this role which they gave him.

Alongside Kagwanja in the studio was Mathira member of parliament and vocal tanga tanga member, Rigathi Gachagua.

While it has always been presumed, and perhaps rightly so, that Deputy President William Ruto’s biggest contribution to Jubilee party was the numbers from Rift Valley which he came along with, the professor opened the lid on what else he was considered exceptional at during those days.

Kagwanja disclosed that the satirical language with which he used while referring to the former Prime Minister, and regularly calling him “yule mtu wa vitendawili” was found to be quite effective.

He further went ahead to say so effective was the technique that even after the Handshake and efforts to endear Raila to the mountain, Ruto was still stuck on the tactic of demonising Raila Odinga. According to him, the DP is having a hard time letting go because of how successful this was in the past.

On his part, the Mathira legislator disputed this saying that not only was Uhuru the biggest player in casting Raila in bad light in the mountain, but that also he had so far shown no real commitment to undo what he had done.

He demanded that if Uhuru was keen on being taken seriously as pertaining to his plan to redeem Raila, then he needed to hold a string of campaigns in Central Kenya and confess to the people that he had indeed wrongfully accused Raila.