For a long period of time, there have been some very high expectations in Azimio that president Uhuru Kenyatta will hit the campaign trail to sell Raila Odinga's name to the people of Kenya. This came in after the head of the announced that the ODM boss was his favorite presidential candidate ahead of the august general elections. 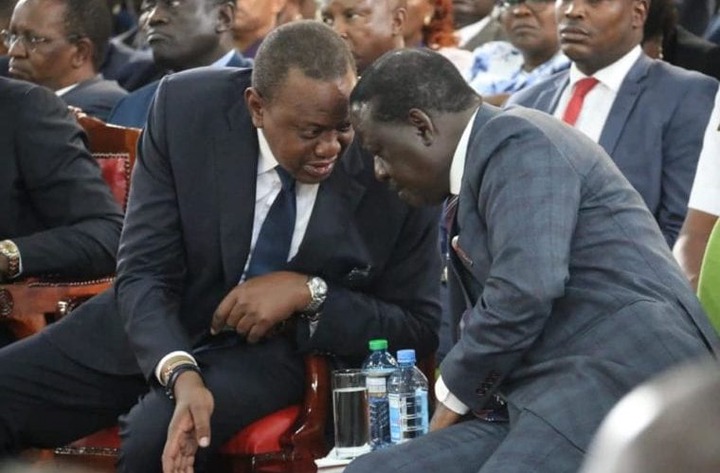 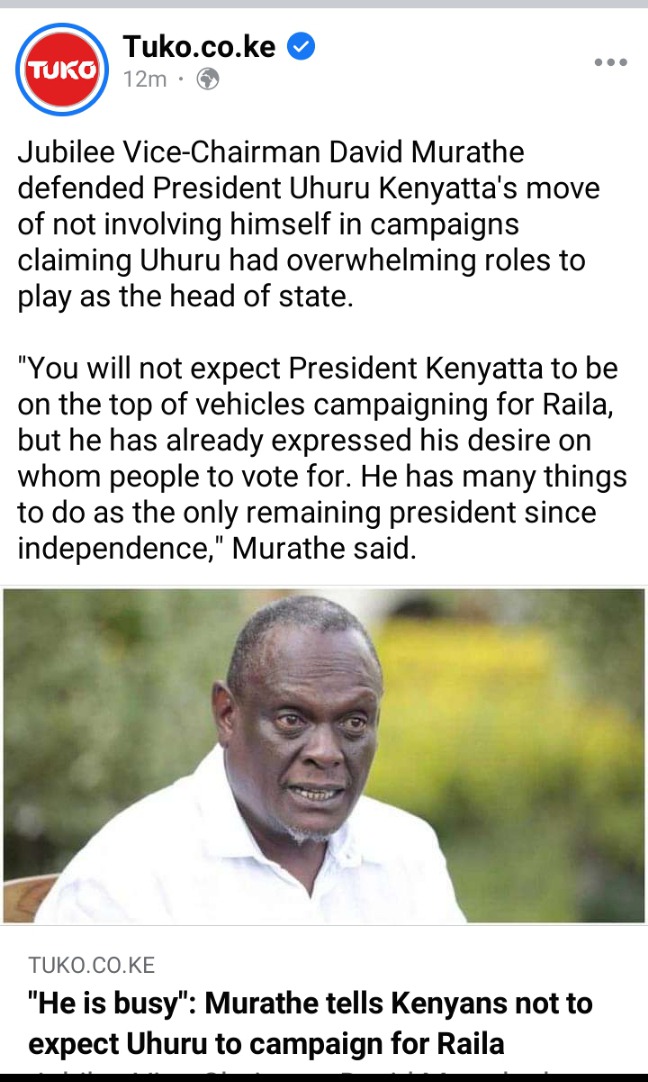 As reported by the Tuko News, hon Murathe who have always been reffered to as Jubilee party's spokesperson said that president Uhuru Kenyatta have some other important roles to engage in other than campaigning for presidential candidates. Earlier on, there were some claims that the head of state will campaign for Raila Odinga as from next month. This announcement by Murathe will be a blow to Azimio as it will be difficult for them to climb the mountain without Uhuru Kenyatta.