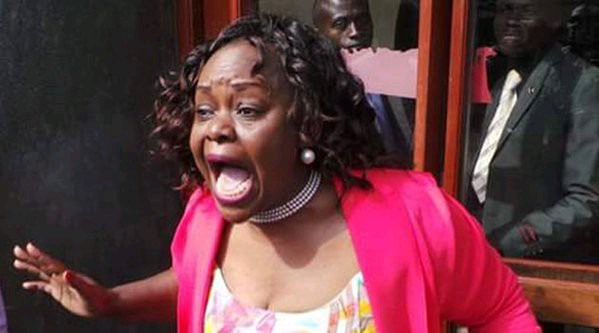 Millie Odhiambo, a Mbita MP, has warned Deputy President William Ruto against reporting other leaders in the country to the International Court of Justice (ICC).

While accompanying Ruto to a political rally, Millie warned him against rushing to the ICC, saying Ruto had already sensed defeat.

She also stated that if Raila is summoned in court as a result of Ruto's letter accusing him of inciting violence during UDA meetings, she is prepared to defend him in court.

Other ODM leaders, including Junet Mohamed and John Mbadi, warned Ruto not to bring violence into the country if Raila is defeated in August.

To avoid inflaming tensions in the country, the two believe Ruto should come out and say that he is willing to concede defeat to Raila in August.

"Ruto has begun to declare that Raila will not accept defeat, sensing defeat. We want him to reassure Kenyans that if he loses in August, he will accept defeat and not wreck havoc in the Rift Valley "Mbadi stated his opinion.

They claimed Ruto is a bitter man who is terrified of Raila's victory in August, based on his recent remarks in Eldoret.

Raila believes that educated youths deserve better jobs than those advocated by his opponent William Ruto, such as pushing wheelbarrows.