Tension In Statehouse, Differences Continue Emerging Between Ruto And DP. Will The Centre Hold?

By Cyroskomo (self media writer) | 2 months ago 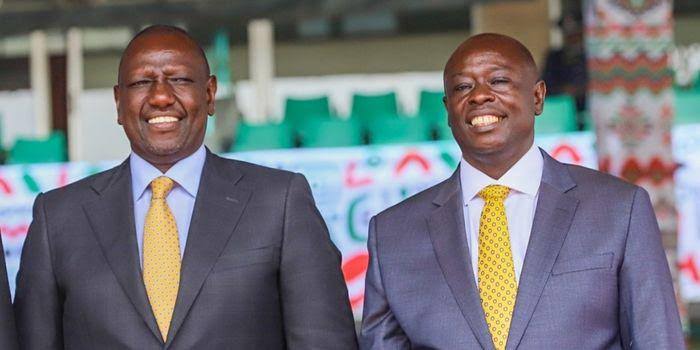 President William Ruto and his deputy Rigathi Gachagwa are at odds with one another as they compete fiercely for lucrative state jobs, raising doubts about whether the center will hold.

The friendship between the two close friends was first tested lately during the EALA nominations when the mount Kenya area, led by Rigathi Gachagwa, banded together to support their own candidate, Maina, over President Ruto's favoured choice, Fred Mutei.

Everyone was shocked by the action because Kenyans expected the president's wishes to be honored because he has a majority in Parliament.

When the Mount Kenya area, led by Rigathi Gachagwa, banded together during the EALA nominations to support their own candidate Maina over President Ruto's favoured nominee Fred Mutei.

Everyone was astonished by the action since Kenyans anticipated the president's demands to be honored because he has a majority in Parliament.

The list of principal secretaries was the source of controversy before the east African legislative assembly elections, during which the governor of Nyeri publicly denounced plans to underpay the vote-rich region.

The initial list was expanded to include more people to meet the demands as a result of the conflict between the two leaders.

Mount Kenya and the Rift Valley each received 13 spots on the president's final list of 51 nominees, leaving the remainder of the nation to split the remaining spots.

Nyeri governor Mutahi kahiga has come out to confirm that there are people who are sowing seeds of discord between president William Ruto and his DP, despite the denials of Nandi senator Samson cherargei and South Mugirango member of Parliament honorable Sylvanus osoro.

This is taking place as it becomes clear that vice president Rigathi Gachagwa is trying to get all of the appointments to give his mount Kenya region an equal number of slots, leaving out president Ruto's allies from other regions.

Do you believe that the two will survive the oncoming storm? Please feel free to discuss this with us in the comments section.

Content created and supplied by: Cyroskomo (via Opera News )