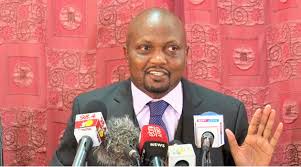 Gatundu South member of Parliament Hon Moses Kuria has cleared the air after claims deputy president Dr William Samoei Ruto paid his hospital bill so as to get back his support. 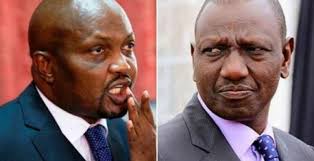 In his response Kuria indirectly said he was not that broke to the extend that other people were now paying his bills.

He ridiculed the former ODM communication director joking that Uhuru-Raila-Ruto were all paying him for political support.

In his earlier tweet Moses Kuria hinted at backing the new Alliance between DP Ruto, ANC leader Musalia Mudavadi and Moses Wetangula saying it was the new revolution that Raila should pave way for by retiring with president Uhuru.

"The tremors in the country are part of a revolution marking 30 years of our multi-party experiment. Old order must give way to new order. The gods have spoken.I advise my friend @RailaOdinga to give way to this revolution and retire with grace alongside Uhuru Kenyatta," Moses Kuria earlier tweeted.