Political analyst Herman Manyora has for the longest time criticized Deputy President William Ruto, pointing different ways in which the second in command was carrying out his political ambitions.

Through his You Tube Channel on Saturday, Manyora 'broke' his own record by heaping praises to Ruto on how he has managed to engage Kenyans across the country in his own 'hustler nation' narrative. 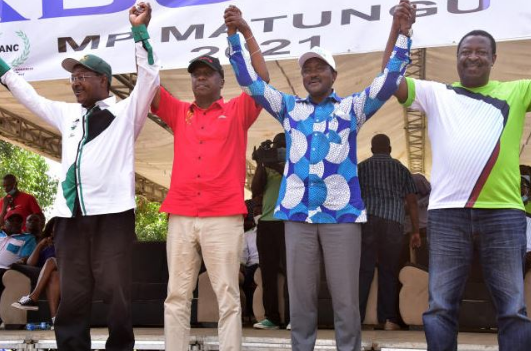 He went on to criticized members of One Kenya Alliance led by Gideon Moi, Musalia Mudavadi, Moses Wetangula and Kalonzo Musyoka terming their union as 'tribal.'

"The hustler nation has had its strength in the oneness of the country that unlike the Okoa Kenya, or any other political outfit, they are not regional or tribal based like Wetangula, Gideon, Kalonzo and Mudavadi who are bringing their tribe on the One Kenya alliance, it is national, it is one hustler nation..' he stated. This comes weeks after Ruto during an interview with Radio citizen dismissed the One Kenya Coalition terming it a tribal driven union and praised ODM led by Raila Odinga as the only party that had the face of the country.

Chaka Railway Station That will be Unique in the Region