By Bigeye (self media writer) | 2 months ago 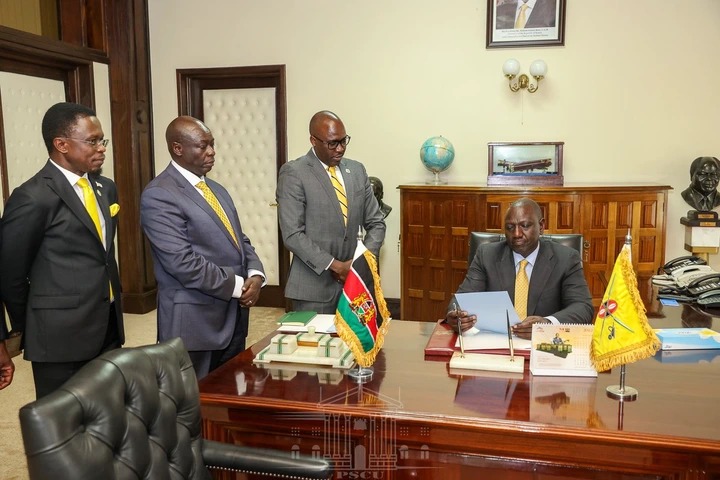 According to the sources we have, President William Ruto was sworn in at a vibrant event that took place at the Moi International Sports Center in Kasarani, Nairobi County, a few days ago. The President set to work right after, signing an executive order that resulted in the swearing-in of six judges the following day that former President Uhuru Kenyatta had refused to nominate.

At the event, which was held at the Moi International Sports Center in Kasarani in front of 60,000 Kenyans, all twenty Heads of State who had been invited to the event showed up.

Due to his absence from the country while on vacation in Zanzibar with his family, former prime minister Raila Odinga denied the invitation to attend the event at Kasarani.

The decision of Kenya to withdraw its recognition of the country of Western Sahara in West Africa was made public by the president the day after his inauguration.

However, according to the reports we have, President William Ruto received a lot of backlash for the social media post, forcing him to subsequently remove it. According to the trustworthy sources we have, Raila Odinga, the former prime minister of Kenya, announced last evening that he supported the move to revoke Kenya's recognition of SADR as a nation.

According to the former prime minister, the decision was necessary because he recognizes the significance of the connection between Kenya and Morocco.

Content created and supplied by: Bigeye (via Opera News )

The Loan Limits Of President Ruto, DP Gachagua And Mudavadi In The Hustler Funds Today

Every Man Must Set Aside Moments And Places Where All He Does Is Think: Ngunjiri Wambugu Says.