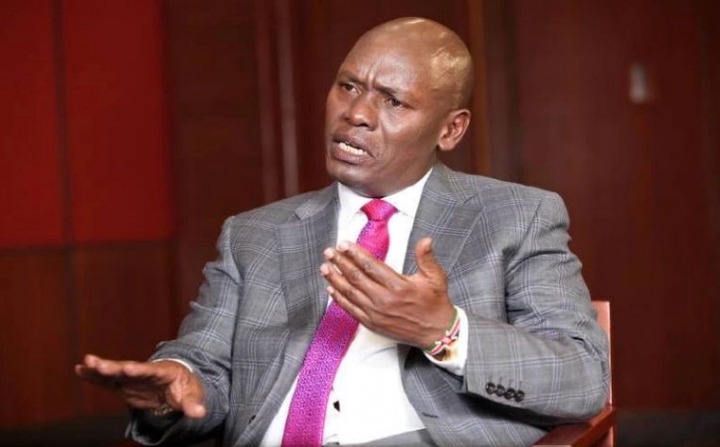 Former Kiambu County Governor and Tujibebe Wakenya Party leader Hon William Kabogo, has said that Deputy President Dr William Ruto's presidential bid running mate and Mathira Member of Parliament Hon Rigathi Gachagua is the one who should answer the integrity issues against him, if they really exist as people are saying since he is the one who is aware of them. He argued that as Kenya Kwanza Alliance coalition members they raised that matter to Deputy President Dr William Ruto and they told him there will be some consequences for picking Gachagua as his running mate, but they allowed him to make his own decisions about that matter of running mate.

Speaking during an interview with K24 television, Kabogo said that he cannot speak for Gachagua and if he really has integrity issues as it has been reported, then he should answer those issues which they knew will arise after his pick as running mate. They told DP Ruto about those possible consequences but they also told him they are ready to back his decision on his running mate. Hence the Mathira legislator should be the one to answer those integrity issues against him if he is truly facing them.