After Raila Odinga's aide Azimio la umoja linked him to the ballot printing tender at the IEBC, Senator Moses Wetangula has continued to defend himself against the allegations. Wetangula stated that what Azimio are doing is crying foul when it is obvious that they are sensing a defeat by the deputy President William Ruto on August 9th elections. Wetangula was referring to the fact that the elections will take place on August 9th. 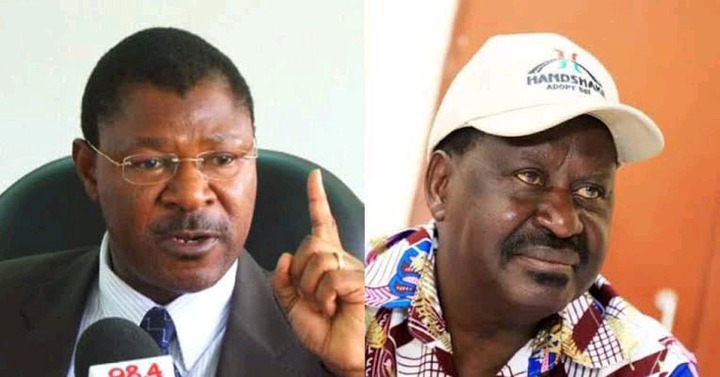 Senator Moses Wetangula claimed on Thursday, July 7 through his social media account that, according to political archives, there is no election that the Orange Democratic Movement candidate has contested without shouting irritably against the referee, who is the chairman of the Independent Electoral and Boundary Commission. This claim was made in reference to the fact that there is no election. 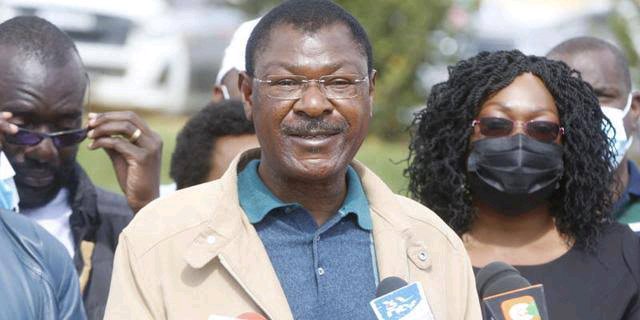 In addition, he stated that he is not shocked to see that the candidate for Azimio, Raila Odinga, is making demands on the team from the IEBC in order to participate in the elections in August.

"According to the records kept by the political party, the ODM candidate has never competed in an election without making the referee's job more difficult by shouting at him. Even when the Supreme Court granted him a second opportunity, he yelled at the IEBC and then left the room." Moses Wetangula stated. 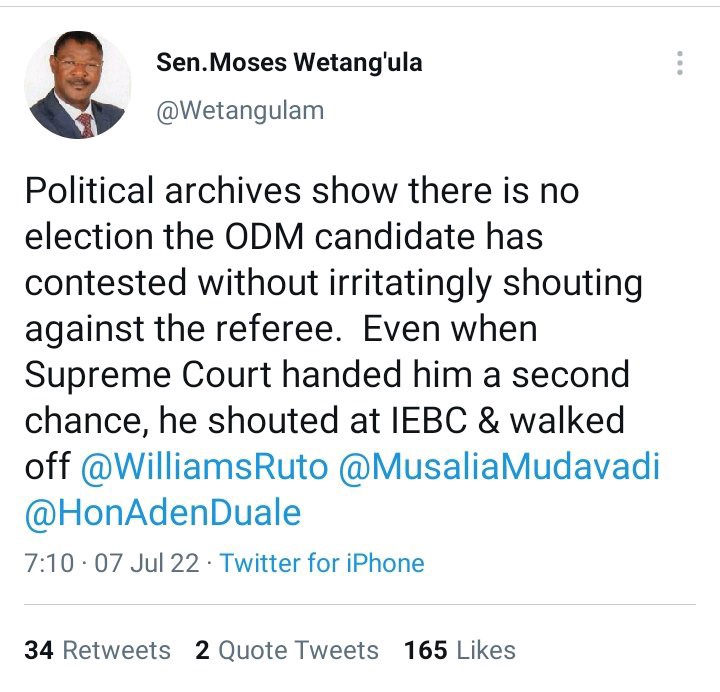 However, in response to Moses Wetangula's comments, Kenyans have been roasting him on their Twitter page, as can be seen in the attachment below:

Ogweno: The law is pretty straightforward; two registers are required, or there will be no elections, round hii ni ngumu.

Phany: Why do you feel the need to defend yourself? What is your relationship to the company that is responsible for printing the ballots? 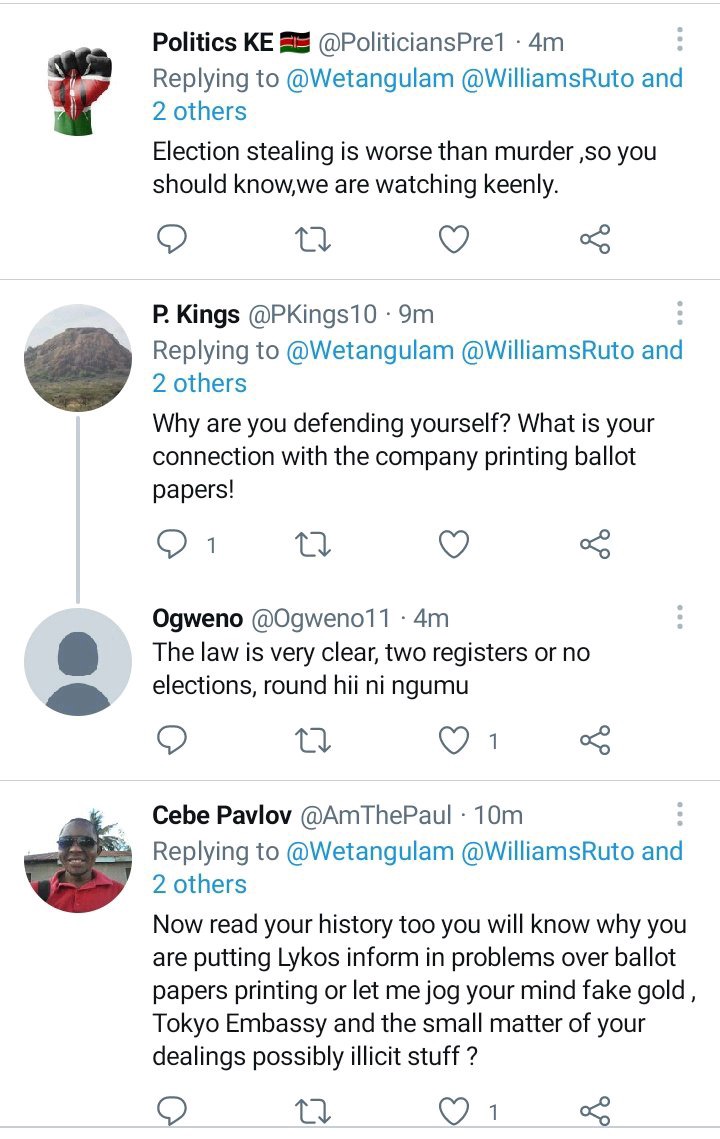 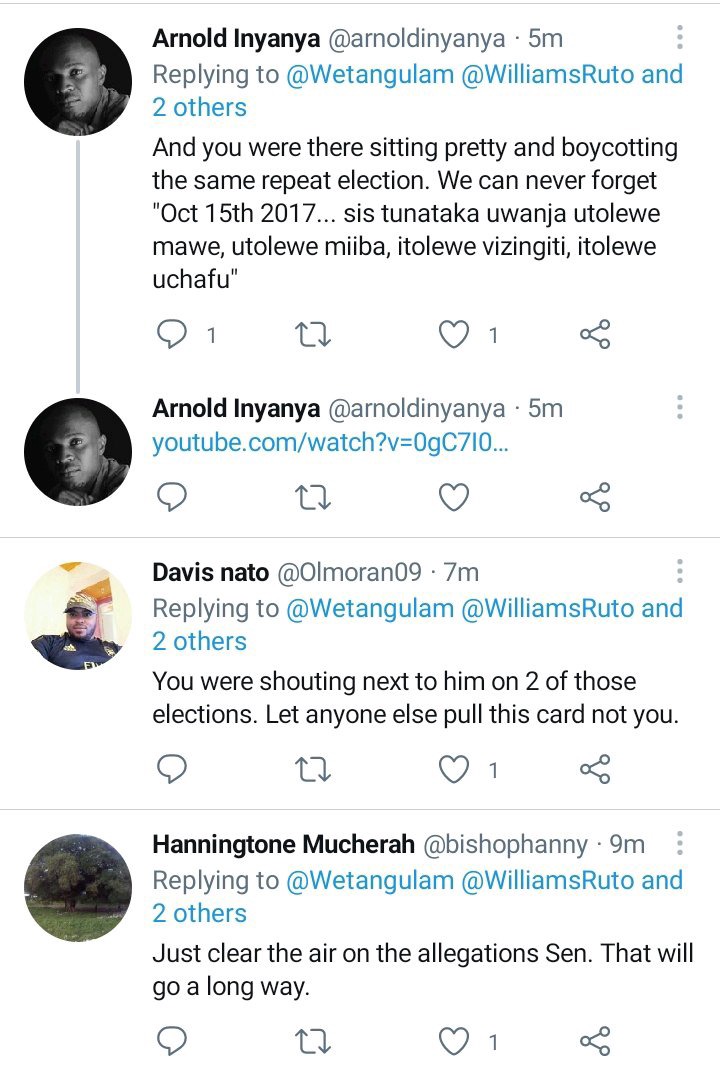 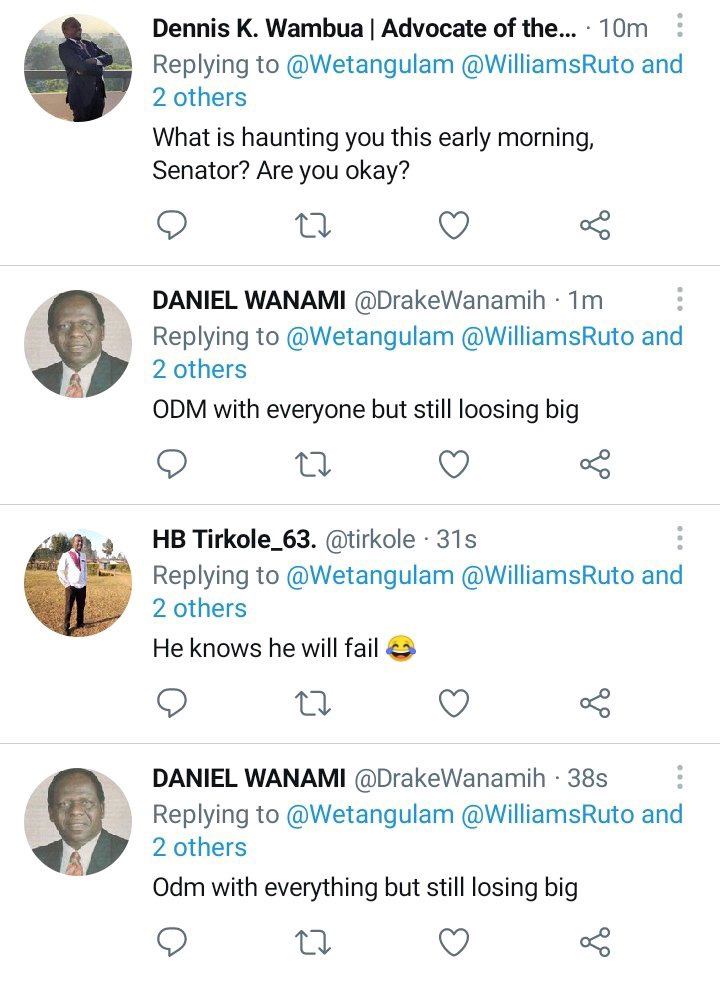 Manyora: Supreme Court Can't Elect A President For Kenyans, We Must Avoid Going There Every 5 Years