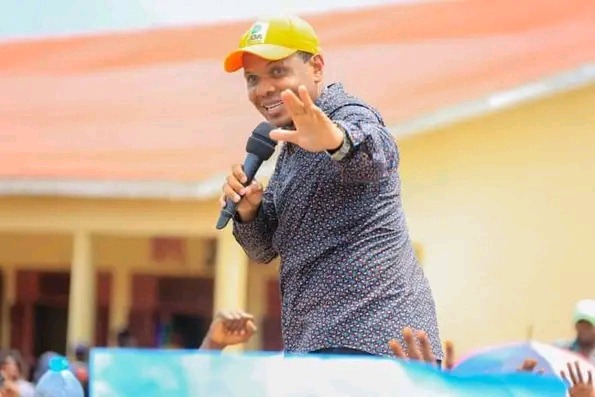 Former flamboyant Garsen MP Danson Mungatana is a man on a mission. After 10 years in the political cold, he is now keen to make a major comeback.

Mungatana's political journey would be told for many years to come. In 2002, riding on the Narc wave that had swept across the country, the young lawyer announced his arrival into politics when he won the Garsen MP seat.

In Parliament, the Alliance High School-educated lawyer would make a name for himself where he was one of the best debators.

But his rising political star ran in tandem with a litany of controversies. However, despite this, he was easily re-elected in 2007 on President Mwai Kibaki's PNU Party and was appointed as assistant minister.

The 2013 general election marked the beginning of his downfall. He contested the Tana River County Governor seat but lost to Hussein Dhado. In 2017, he ran for the position again and lost to ODM's Dhado Godana.

Arrested and arraigned in court on several occasions over fraud and corruption allegations, Mungatana has now rebranded himself as he joins race for Senator position.

Riding on the UDA party euphoria in the country, Mungatana is now eyeing political redemption after a decade in the wilderness. But does he have enough political muscle to oust the incumbent, Juma Wario, who is defending his seat on Raila Odinga-led ODM?

Considering UDA's unpopularity in the region, Mungatana has a mountain to climb.

"My Competitor is Not Raila, " DP Ruto Claims, Reveals Whom He Will Compete With In August Elections

How Azimio organized themselves today for vigorous campaigns across the country.

Gachagua's Powerful Message as They Head To Launch Their Manifestos