By HowItIs (self meida writer) | 26 days

As Kenya's 2022 succession politics intensifies, arrangements for different political formations are in the offing. The arrangements have been in top gear with an ultimate goal of ascending to power. Speculations of new alliance pact between former Prime Minister and deputy president have been rife. This has send shockwaves to President Uhuru's thinktank as they way the implications of a renewed cooperation among the two popular national leaders.

They had worked together in the previous disputed presidential poll that was marred with a post election violence. The DP could later be blamed of the violence and summoned to the International Criminal Court for charges against humanity. Ruto blamed Raila's allies for fixing him at the Hague based court. Their political relationship worsened after he was subsequently sacked as an Agricultural Minister. 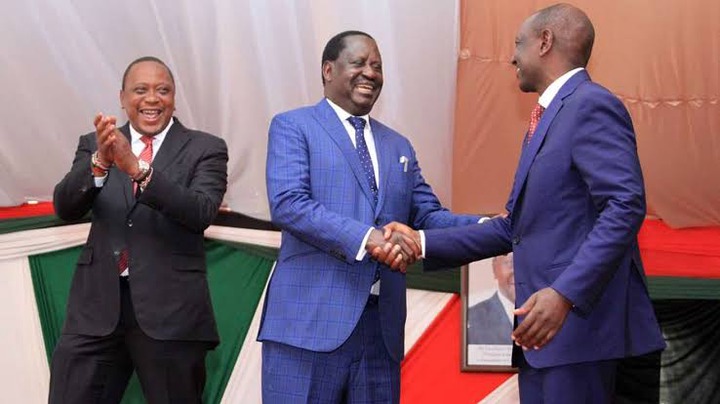 With a perceived fall out between the him and the president,the deputy find himself in an isolated corner. His political ambitions seemed to be punctured when the president cracked a whip on his major allies. The crack saw them being edged out in different government positions. It became evident that their relationship was no longer the way it used to be.

With the formation of the One Kenya Alliance,the two leaders were drawn on board. It's believed that powerful individuals with the blessings of the president were behind the Alliance. Later on in an interview with one of the media stations, the DP declared his interest to work with the former PM.

Claims of the meeting between the two leaders emerged but they denied of having discussed anything related to the 2022. Within the same period, Mombasa governor Hassan Joho and Kakamega governor Wycliffe made the DP in a closed door meeting. Both are allies of the former Prime Minister and the deputies of the Orange Democratic Movement party. They would again meet Raila in what was seen as reporting to him about what they might have discussed in the meeting. 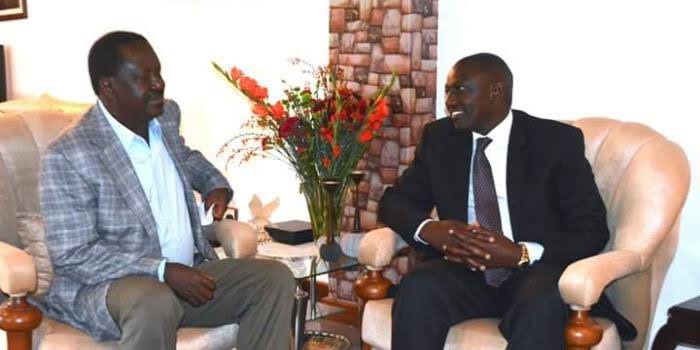 However,President Kenyatta's allies have come out to water down any cooperation among the two leaders. The member of parliament for Nyeri town constituency Mr. Wambugu who is loyal to the president announced that any political deal between them is dead on arrival. This is amid shockwaves from Uhuru's thinktank on the possibilities of the deal. Their political unity was quite unexpected.

Resistance from the allies of the two leaders has also emerged . Mathira MP Mr Richard who is known to be close to the DP has termed a coalition between the two as incompatible. He claims that two leaders have very different and unmatched political ideals. He has said that a cooperation between the two will end their hustler nation tag and derail their intentions of removing dynasties from power. Others who have also resisted the unity pact are Senator Kipchumba Murkomen and MP Kimani Ichungwa.

The ODM chief whip in national assembly Mr John has also come out to dispel any rumours of a the political deal. He denied speculations that emissaries from the two sides made and discussed. The ODM leader has also come out to deny any ongoing talks between them as he announced his commitment to cooperate with the president.