I'm A Small Fish Compared To The Men Who Met Raila Odinga At Safari Park, They Own Kenya; Rigathi

By Ckibiba (self media writer) | 27 days ago 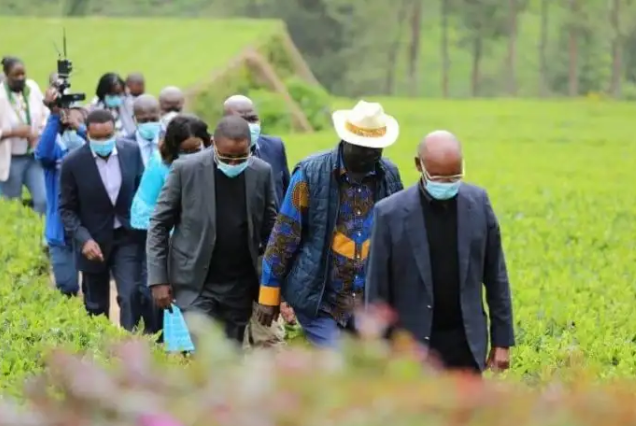 In a startling admission that helped opened the lid on just how powerful and wealthy members of the Mount Kenya Foundation, MKF are, Rigathi Gachagua, who is regarded as one of the richest men in the Mount Kenya region has come out to confess that although he may hold a couple of investments, he still plays in the small leagues when compared to the financial might that MKF members wield.

Rigathi, whose more famous brother Nderitu Gachagua was reportedly one of the region’s commercial heavyweights and a member of the region’s elites, was speaking during an interview on KTN News which was hosted by the station’s presenter, Ken Mijungu.

The Mathira legislator nevertheless went ahead to pour cold water on the impact that the group’s support for Raila Odinga might do for him in the 2022 poll. He disclosed that the group is merely businessmen and women who stake their bets where they feel they’re safe.

Hinting at a possibility that the group may also support William Ruto alongside Raila Odinga, Rigathi said it’s not unheard of for the group to support both sides of a competing political field.

He also claimed that this wouldn’t be the first time that the group would be supporting Raila, emphasising that the group could very well support him and he would still lose.

He disclosed that back in 2002 when he was Uhuru Kenyatta’s Personal Assistant, the group supported Uhuru and at the same time, also supported Kibaki.

In what came as a shocker to many, Rigathi also revealed that in the contentious 2007 elections which were largely between Mwai Kibaki and Raila Odinga, the foundation bankrolled Kibaki’s campaign, but at the same time, bankrolled Raila’s campaign as well.

Rigathi asserted that the group doesn’t represent Mount Kenya, but in reality, only represents its own selfish commercial interests.

He claimed that as a matter of fact, most of the problems that Mount Kenya people are facing can be directly attributed to them.

He said that most own coffee brokerage firms which are fleecing ordinary farmers and also own insurance companies which don’t pay for it’s clients in case they’re involved in an accident. That’s the reason many boda bodas are currently in jail after having gotten accidents, Rigathi said.