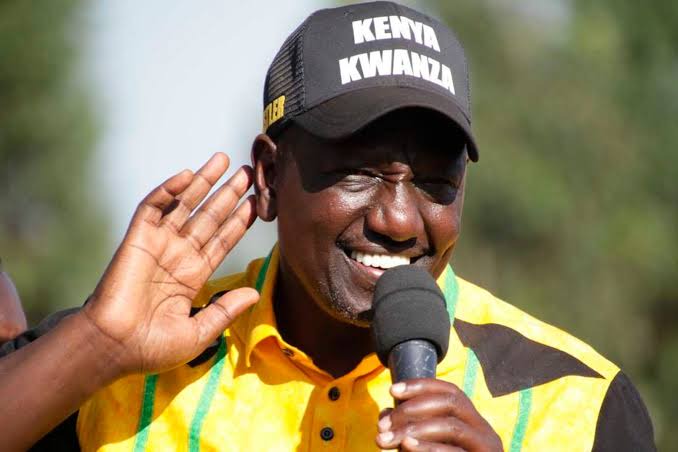 Deputy president is on record claiming he will prob Uhuru Kenyatta if he emerge the winner of the coming presidential election. He has however retracted by saying that nothing will happen to Uhuru Kenyatta if Kenya Kwanza form the next government.

However, a vocal senior lawyer is not happy with the Kenya Kwanza leader for changing his stance on the outgoing president, urging Ruto to investigate not only Uhuru Kenyatta, but also others considered to be what he called 'merchants of impunity'.

Canada-based Kenyan lawyer has asked the UDA presidential candidate not to relent on his need to probe and prosecute Uhuru Kenyatta when he (Ruto) becomes president. Miguna revealed that majority of Kenyans, including those from president Kenyatta's backyard of Mount Kenya region, wanted the merchants of impunity prosected and jailed to the fullest extent of the law. 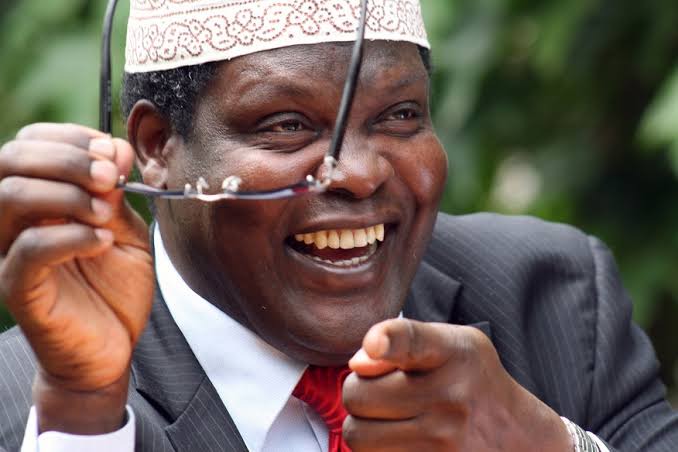 'To @WilliamsRuto and the @UDAKenya Brigade: More than 90% of Kenyans, INCLUDING the majority of Kikuyus, want despot Uhuru Kenyatta PROSECUTED and JAILED after August 9th. Don't prevaricate. Kenyans want impunity merchants PUNISHED to the full extent of the law.' Dr Miguna wrote on his Twitter account. 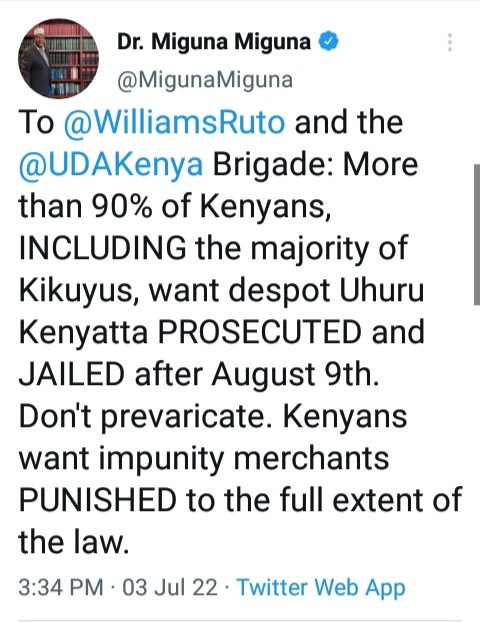 The truth behind Why Media Houses Have Different Presidential Results