Azimio la Umoja One Kenya Alliance running mate Martha Karua on Thursday, 30th June toured Kisii County for the launch of a project alongside Mama Ida Odinga before holding a series of rallies. 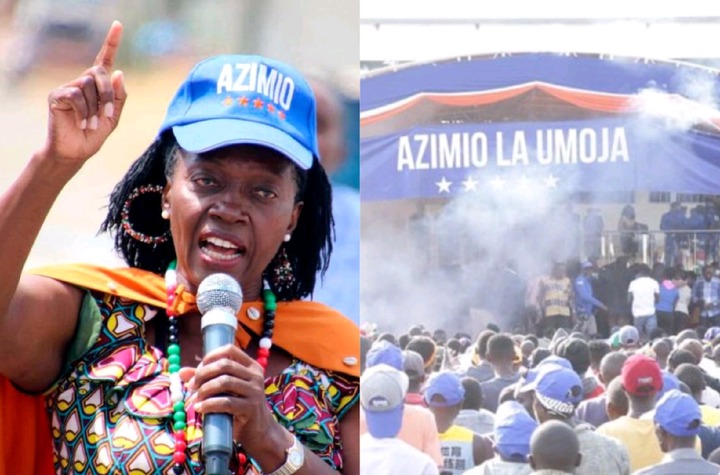 Karua's rally ended abruptly after an unknown individual threw a teargas canister on the dais where the dignitaries were at the Gusii Stadium, Kisii County.

While accompanying Azimio presidential camdidate Raila Odinga in Nyamira County today, Karua has reacted to the chaos that erupted at her rally in Kisii yesterday.

Karua has stated that she cannot be shaken by teargas thus she has again joined Raila on campaign trail in Nyamira because she is unmoved by intimidation from their competitors.

She has stated that they remain unbowed and confident of winning the race to State House in the August 9th general election despite competition from other aspirants including Deputy President William Ruto.

Provisional Presidential Results As At 11:00PM