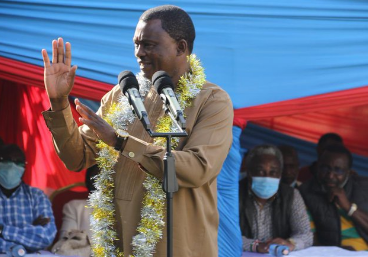 The Speaker of the National Assembly Justin Muturi has dismissed allegations that the 2022 presidential contest is between the former Prime Minister Raila Odinga and Deputy President William Ruto.

According to a number of political commentators, the campaigns Ruto and Raila have been pulling across the country for the past couple of weeks puts them as the from runners in the race to succeed President Uhuru Kenyatta.

Speaking with Citizen TV on Monday, Muturi urged Kenyans to brace themselves once he hits the ground running for his presidential campaigns, arguing that there are many leaders eyeing the presidency and it would be evident in February next year.

"Those who have declared their interests are on the ground, watch the space," said Muturi.

He went on to state that it was too early for him to state which political parties he was going to join in a coalition ahead of 2022, stating that his political party will give him the directions on which parties to work with.

The presidential hopeful revealed that his meeting with members of the Mount Kenya Unity Forum led by Martha Karua did not indulge in coalitions and how they will support as president. 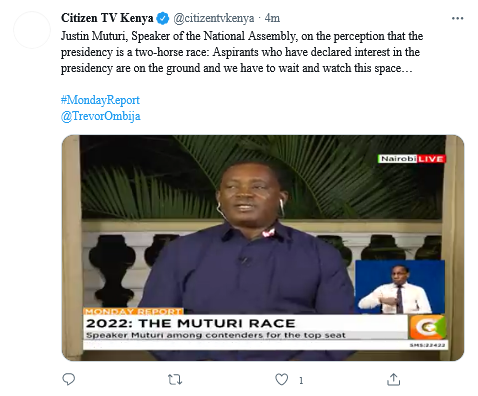