By Bobbynews (self media writer) | 21 days ago

Deputy President Wiliam Ruto has expressed confidence at trouncing Orange Democratic Movement (ODM) party leader Raila Odinga in the 2022 presidential elections, saying the former premier is no match for him. Ruto is determined to beat Odinga comings general election after being the most popular person in Kenya for his campaigns. 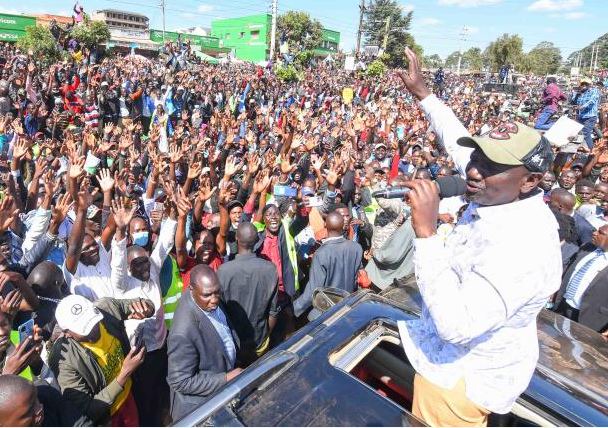 DP Ruto, addressing a rally at Laare in Meru County on Tuesday, advised his competition to settle on another presidential candidate stating that, if it comes down to him and the ODM party boss, then he will claim runaway victory early on in the polls countrywide as he has connected and expressed the goodwill of people of Kenya.

The DP referenced the 2013 and 2017 election victories by the Jubilee Party led by President Uhuru Kenyatta and himself, claiming that since he has been part of a team that beat Odinga before then he can certainly do it again even if he will be alone this time. 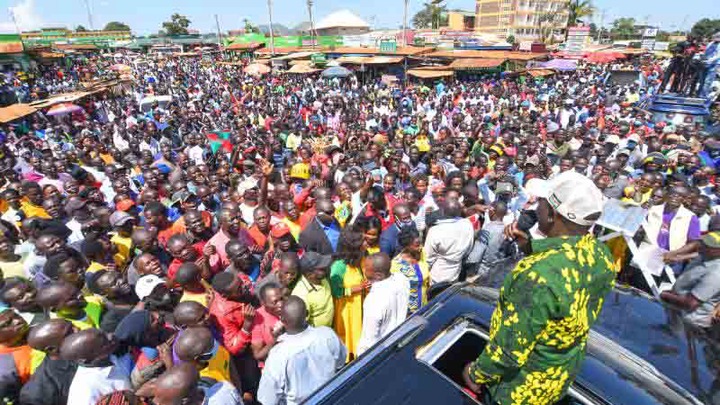 The DP was pushing for his bottom-up economic model in Meru County where he toured Antubetwe and Mutuati (Igembe North), Laare and Kangeta (Igembe Central), Muthaara (Tigania East), Ngundune, Kianjai, Ruiri and Kirua (Tigania West). He was also accompanied by the central area members of Parliament who has decided to sideline with Ruto in the coming election.