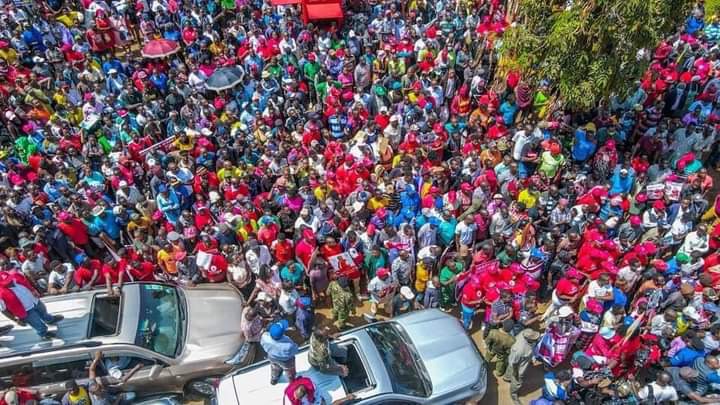 The battle between President Uhuru Kenyatta and his deputy William Ruto continues after Azimio one Kenya Alliance team played out the clip in public during their Campaigns rallies. The two leaders have been exchanging words in the last couple of months. William Ruto had been claiming that he was betrayed by president Kenyatta since they had agreed to succeed him once he retires. The battle between them increases when William Ruto said he will probes his boss once he Clinched powe. President Kenyatta had openly shown support for Azimio One Kenya Coalition presidential candidate Raila Odinga where he endorsed him as Presidential candidate. 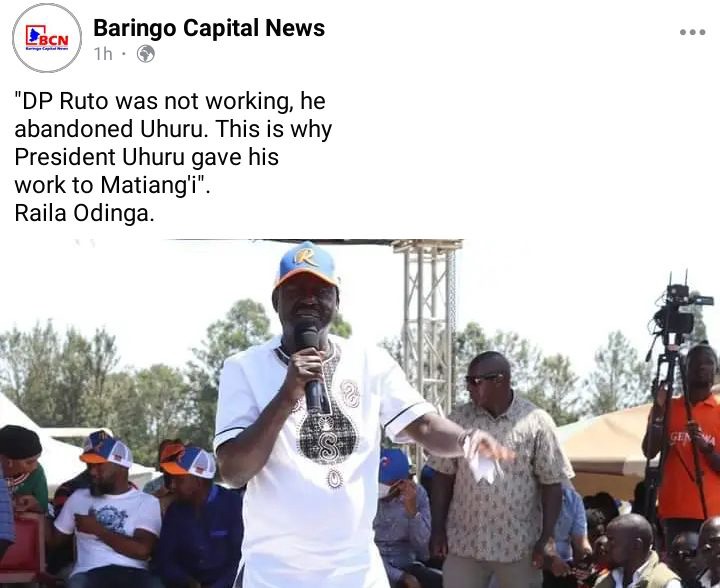 During Kiambu Azimio Coalition rallies, Raila Odinga claimed that the battle between President Kenyatta and His deputy started when Ruto abandoned his roles as Deputy president, which forced President kenyatta to assign new roles to Fred Matiangi. Deputy President William Ruto had been accusing Raila Odinga and President Uhuru Kenyatta handshake as the start of wrangles within Jubillee government.