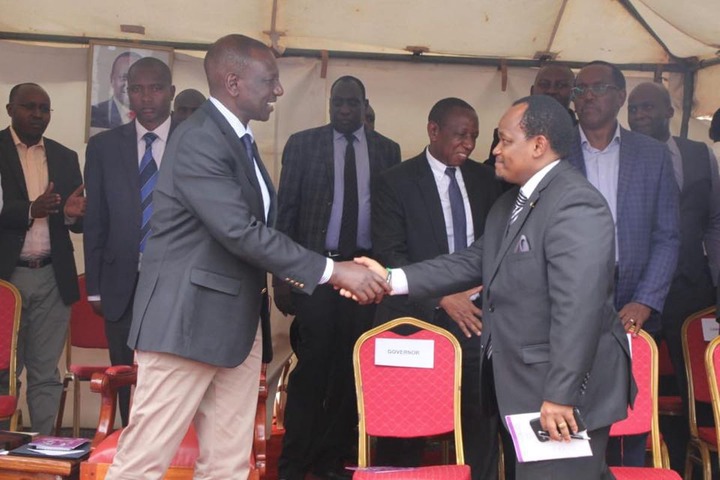 The divisions between President Uhuru Kenyatta and his deputy William Ruto continues to escalate, with the battle ground being now taken to Mount Kenya region, Uhuru's turf.

And now Kieleweke founder and Nyeri Town MP Ngunjiri Wambugu, has spilt the beans on who funded the Jubilee party in the 2013 and 2017 elections.

Talking to the media today, the MP said that the DP and his wing of Tangatanga never funded the campaigns but only President Uhuru did so without their help.

He added that he wonders why the likes of DP Ruto are crying out that they built the Jubilee party. He also said that the betrayer of the ruling party is the DP, who he said, wanted to take over the party from Uhuru.

Ngunjiri also claimed that Ruto attempted a party coup by convincing some MPs from the Mount Kenya region to fight President Uhuru.

He also said that Ruto is not somebody who never listens, as he has constantly been told by President Uhuru to stop early campaigns, but still goes on.

"I do wonder when Tangatanga and their boss say they built Jubilee. How did they yet President Uhuru funded the 2013 and 2017 party campaigns," Wambugu said

"Ruto has been lying to Kenyans that President Uhuru betrayed him. He is the one who never listens to the Head of State. He was told to stop early campaigns, he is everywhere every Saturday. He has incited the Mt Kenya MPs to rebel against party leader also, "Wambugu added.