By Wilson_Nganga (self media writer) | 1 year ago

The official opposition leader for the republic of Tanzania, Tundu Antiphas Lissu has finally come to lament the unfair treatment to Ugandan Opposition Leader, Bobi Wine. 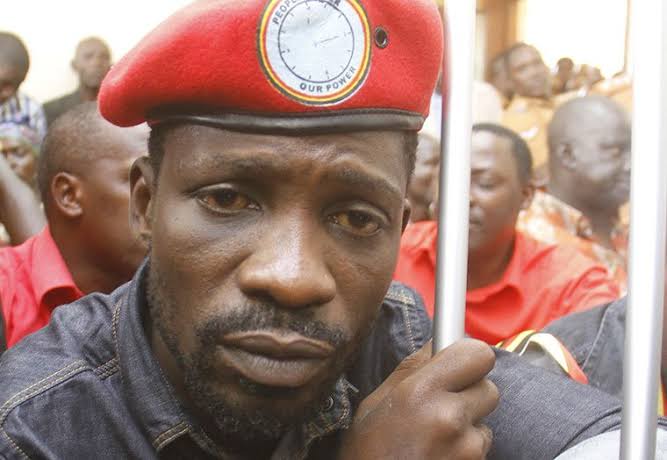 This is after Bobi Wine was served humiliation for several Times by President Yoweri Kaguta Museveni, who is the major competitor for tomorrow's general election.

According to media reports, in less than 48 hours, the government has served Bobi Wine more Humiliation, in a bid to stop his victory.

Yesterday, his home was raised by military police who forced him to cut short his interview with Kenyan Top television, citizen tv.

Later at night, the government of Uganda has attacked Bobi Wine's home and have allegedly withdrawn his security details. This is based on Bobi Wine's late night tweets which suggested the following:

Bibi Wine: So, the private security company that has been guarding my home for the last 12 years has been ordered to withdraw security at my house. Their supervisors showed up unannounced at midnight, disarmed my guard and said they had instructions to immediately withdraw my security. 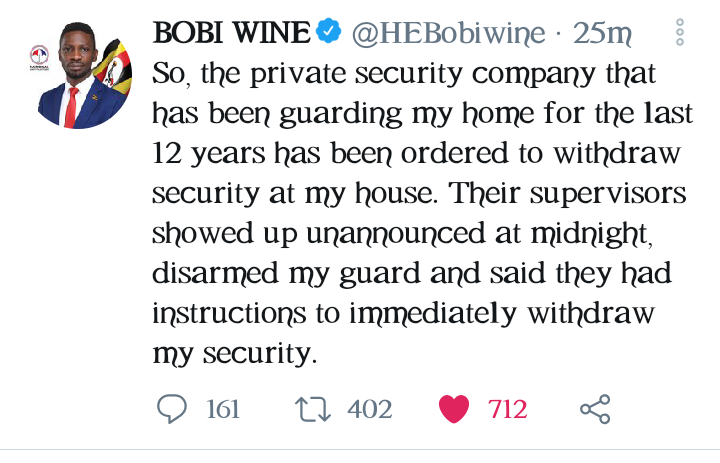 Following this, Tanzanian Opposition Leader, Tundu, came to console Bobi Wine, assuring him that, although he has been denied security, the world is with him, and that

Tundu Lissu: As Uganda heads to the polls on Thursday, my solidarity is with Bobi Wine and the people of Uganda in their quest to rid themselves of more than three decades of a military dictatorship dressed up in civilian garb. You may be outgunned but you ain't alone! 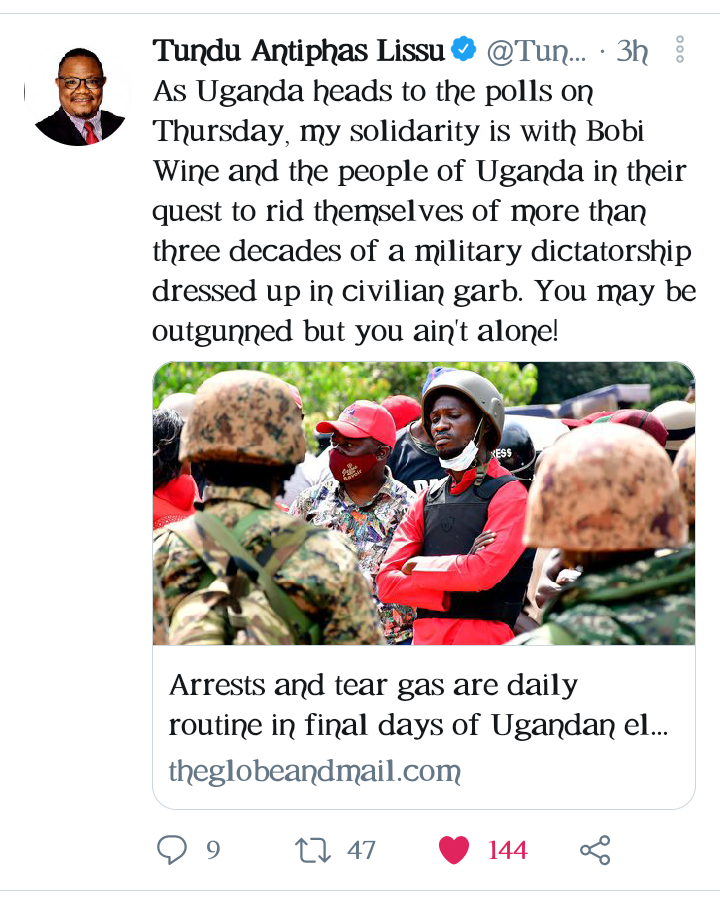