According to the reports given by a reliable source of information, it has been revealed that the deputy president of Kenya, honorable William Ruto will be earning more money compared to the Presidents of Uganda and Tanzania. 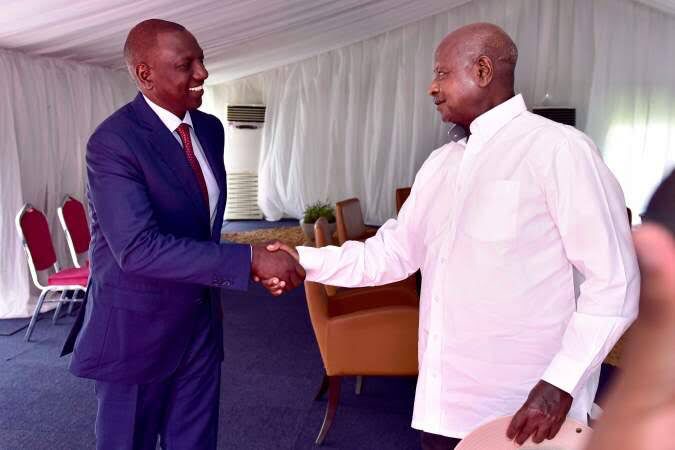 In a news report that has been shared by a Kenyan source, it has been revealed that the deputy president of Kenya will be earning 1 million Kenyan shillings compared to Honorable Suluhu who earns Ksh. 450k while Museveni Earns Ksh. 1OOk.

This is happening at the same time when the IEBC Chairman Wafula Chebukati has claimed that the deputy president of Kenya beat the former prime Minister of Kenya and Orange Democratic Movement party leader, honorable Raila Odinga after he allegedly managed to get 5O%.

According to the reports given by the IEBC, it has been revealed that the former prime Minister of Kenya got 48%.

While reacting to this revelation, kenyans who took to their different social media accounts to express their opinions and suggestions on the matter have called upon the deputy president of Kenya to make sure he keeps his promises due to the fact that he has been declared as the presidential elect.

According to the reports given by most Kenyans, they claimed that it was so unfortunate that most politicians often fail to keep their promises after winning elections. 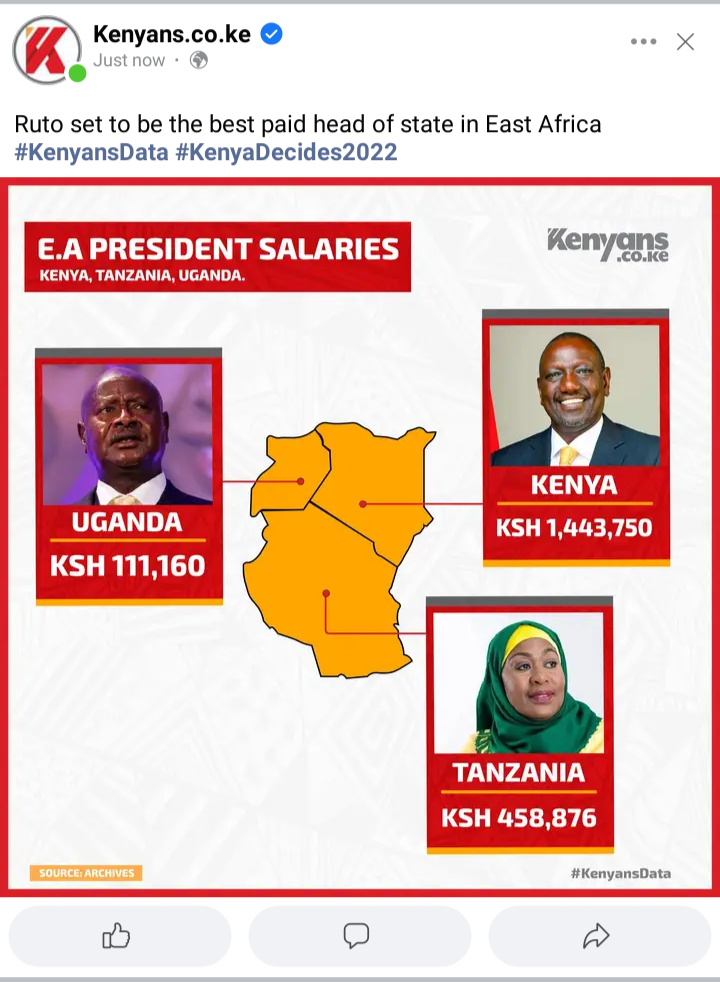 Mejja.. So you mean Museveni Earns this.