By Summary (self media writer) | 10 months ago

The whereabouts of the Tanzania's President John Pombe Magufuli has remained a riddle to his netizens and the surrounding neighbours.

For more than three weeks now, President Magufuli has not been seen in public and speculation are rife that he could seriously sick, though no official communication has been issued by the government.

State officers have come out to dispel reports on President Magufuli's illness even as no clear information is given to justify their claims of him being in stable health.

On Tuesday, Opposition Leader Tundu Lissu tweeted that there were major developments in the country after millitary Parade vehicles were seen on the streets of Dar es Salaam.

According to the Chadema Party leader, the display of the millitary vehicle is a testament that something big is in the offing. 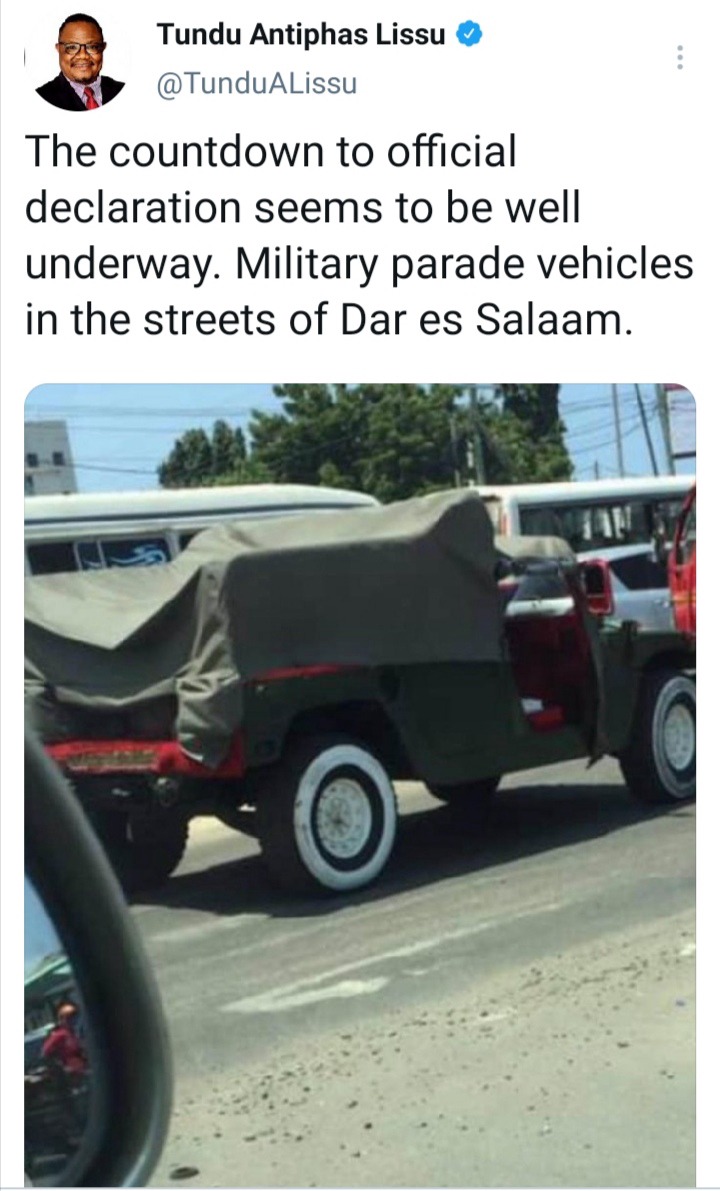 "The countdown to official declaration seems to be well underway. Military parade vehicles in the streets of Dar es Salaam," he tweeted.

His remarks comes even as the country remains in panic mode since no one is aware of the true state of affairs.

Magufuli is known to be a man who loves interacting with the public and addressing rallies in equal measure.

His absence from the public has left many worried even as they await for the official communique from the authorities.