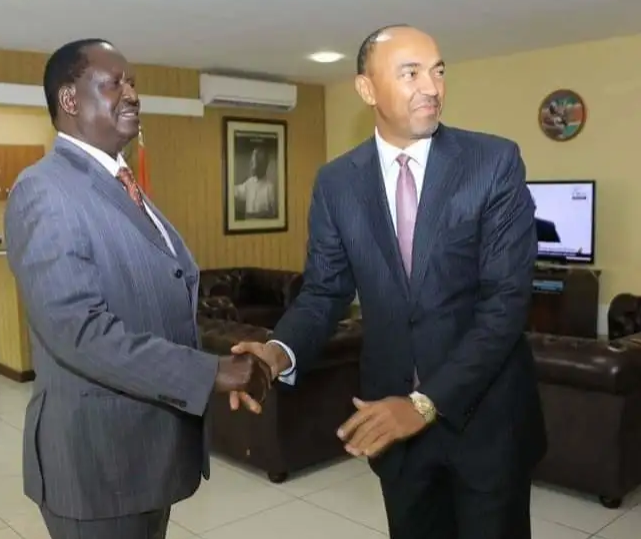 The search for ODM leader Raila Odinga’s running mate for the 2022 Presidential election has narrowed down to three Kikuyu bigwigs.

Raila’s advisors are finding it hard to choose between the 3 politicians from Mt Kenya, who are deemed suitable to deputize him.

In conjunction with political strategists from President Uhuru Kenyatta’s team, Raila Odinga’s men have agreed on giving the deputy President position to the Mt Kenya region.

“The running mate will come from Mt Kenya, but we are yet to decide who that is.

“But obviously the person must be loyal and well known to our candidate,” nominated MP Maina Kamanda stated.

Those rooting for Martha Karua argue that she can excite the ticket and send opponents into a frenzy due to her nature as an iron lady.

But it is reported that some powerful people in Raila and Uhuru’s camp are uncomfortable with Karua’s abrasiveness.

For Peter Keneth, the strategists argue that he has the financial muscle and his image of a performer will propel Raila’s campaigns.

Also, there is a strong fear that Kenneth lacks political clout in the Mt Kenya region.

On the other hand, Lee Kinyanjui has stood out as a Jubilee favorite and an appealing person to the corporate world.

However, his score is reduced by the fact that Nakuru County is considered a diaspora of the Mt Kenya region.

By narrowing down to three Kikuyus as his possible deputies, Raila has blocked the only chance he had to convince Musalia Mudavadi (ANC) and Kalonzo Musyoka (Wiper) to join him since they have nothing to hope for in partnering with Baba ahead of the next election.

Show Of Might As William Ruto Reveals The Number Of Elected Leaders Who Accompanied Him To Nakuru.

Ruto, Mudavadi & Raila Heads To Central Kenya As Details Emerge Ahead Of August