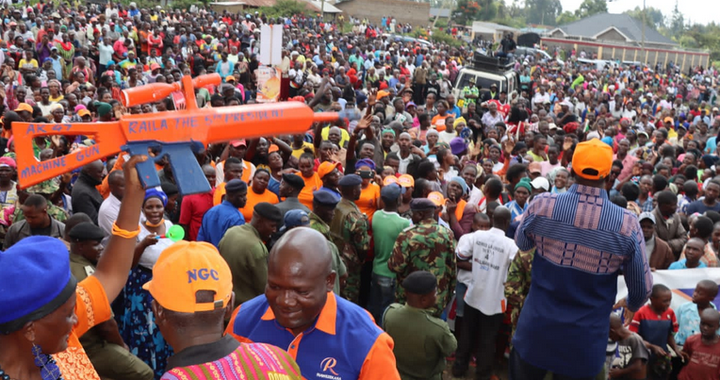 Kakamega Governor Wycliffe Oparanya has argued that the reception the Azimio la Umoja One Kenya Alliance camp is getting in his county and other parts of the country is giving their opponents in the Kenya Kwanza Alliance sleepless nights.

Taking to his Twitter account on Thursday hours after leading other Azimio allied leaders from Kakamega for the alliance's mashinani rally, Oparanya said that the residents had resonated well with the Azimio's ideologies.

"It has been a week long campaign trail that saw us traverse the 12 sub counties selling Raila Odinga and Martha Karua agenda. The resounding support we received from enthusiastic supporters has send shock waves to our rivals," he wrote.

During the rally, Oparanya called upon the residents to turn up in large numbers on August 9 and vote for Raila, excluding his confidence that the former Prime Minister will be winning the presidency.

He assured the Western Region that the Azimio camp is the team that will safeguard their interests. 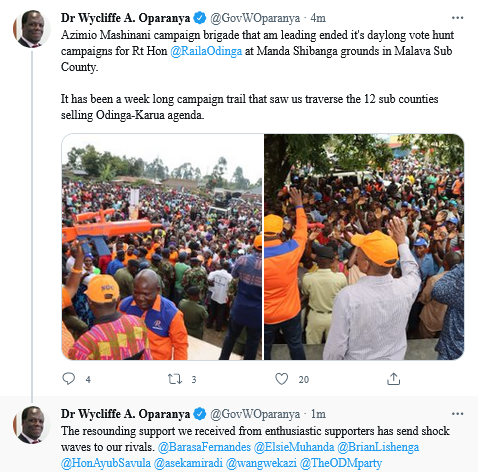